Barkley Eboña on breakout game: ‘I’m grateful for the trust’ 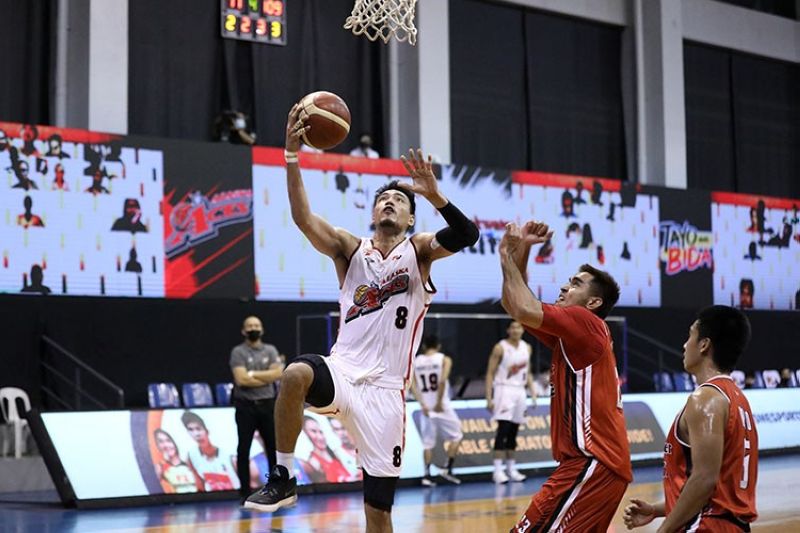 Alaska’s Cebuano rookie Barkley Eboña says he is grateful for the trust his head coach Jeffrey Cariaso and teammates have in him. (PBA photo)

ALASKA'S Cebuano rookie Barkley Eboña certainly played like his namesake on Tuesday night as he had a breakthrough performance in the Aces’ 120-82 demolition of Blackwater in the PBA Philippine Cup.

The 6-foot-5 forward, who previously played for the Cebu Institute of Technology-University, was virtually unstoppable against the Elite as he made all but one of his 11 field goal attempts. Eboña says he would not have been able to do any of that without the trust his head coach Jeffrey Cariaso and his teammates have instilled in him.

“I’m grateful for the trust they have in me,” said Eboña, who ironically had his best game of his rookie year so far against his college head coach, Nash Racela. “I also felt pressure to repay their trust.”

Eboña added that he did nothing different in their game versus Blackwater aside from the fact that he got more touches.

“I have the same approach in every game and that is if ever my number is called, I will do everything my coach asks me to and to just play my role,” said Eboña in a talk with SunStar Cebu after his breakout match.

Four games into his professional career, Eboña relayed that the PBA is a different animal, with players that are more competitive and a lot smarter.

“It’s tough here in the PBA. The players are so good and they will compete in each and every game. And then, there are so many smart players so you really need to quickly adjust to the level of competition,” shared Eboña.

“At times, the game becomes more of a mental battle as much as it is a physical one,” Eboña added.

Eboña has the fortune of learning from one of the very best big men the league has ever seen in two-time PBA Most Valuable Player winner, Danny Ildefonso.

“Aside from the constant Zoom workouts we were doing, coach Danny was always talking to him. Whether it’s a personal call with Barkley, he would always make sure that in the workouts, he is addressing his bigs. Coach Danny really feels like they are his kids. Alagang alaga sila ni coach Danny,” said Cariaso.

Cariaso added that as good as Eboña is, he still is a rookie who is learning the ropes.

“He is still learning and understanding what it takes to be successful here in the PBA. We are lucky and he is lucky that he has Coach Danny as a mentor. I told him just listen to coach Danny and you’ll be okay,” said Cariaso. (JNP)