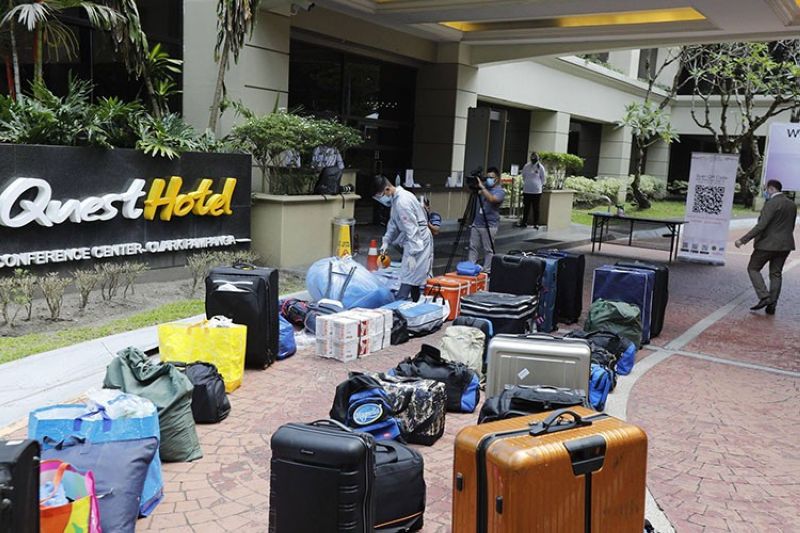 In spite of all the precautionary measures the PBA has taken, it confirmed that a referee has tested positive for Covid-19. (Clark Development Corporation Facebook)

THE Philippine Basketball Association (PBA) has confirmed that one of its referees has tested positive for Covid-19.

League commissioner Willie Marcial was informed of the referee’s positive test 24 hours after the latter took a mandatory swab test last Monday, October 19. This game official had been previously tested three times as part of the measures taken before anyone can enter the “bubble” inside the Clark Freezone. Those tests yielded negative results.

The PBA reiterated that all protocols are being practiced. Marcial assured that the safety and security of everyone involved in the “bubble” is “our paramount concern.”

The games will proceed as scheduled although the protocols will become stricter. All other activities such as swimming, jogging and use of the gym have been temporarily suspended as the area gets sanitized. (JNP)