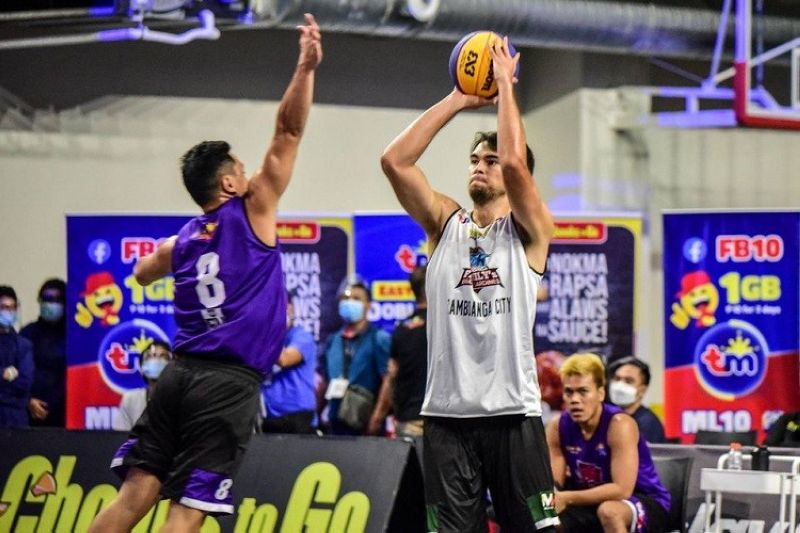 THE Family's Brand Sardines-Zamboanga City Chooks took down the Zamboanga Peninsula Valientes MLV, 21-14 in Pool A action of the 2020 Chooks-to-Go Pilipinas 3x3 President's Cup powered by TM Leg One, on Wednesday afternoon, October 21, 2020, at the INSPIRE Academy in Laguna.

Troy Rike, who stands at 6-foot-8, caught fire in the end game, knocking down three deuces in two minutes, including the game-winner with 3:44 left in the contest.

"We are holding ourselves to a high standard. We don't want to drop any games and we don't want to take the easy route," said Rike, who is part of the national 3x3 team pool.

Zamboanga Peninsula ended the group stages with a 1-1 slate, opening the league with a 21-19 win over the Sarangani Marlins. Rudy Lingganay led the Valientes in the contest with seven markers.

Chico Lanete turned back the hands of time to lift Butuan to a 21-12 win over Pagadian City-Rocky Sports. Gab Banal, on the other hand, dropped 10 points to power Nueva Ecija to a 21-10 win over Petra Cement-Roxas.

Seven more group stage games are being played as of this writing. The knockout playoffs of this leg that has P100,000 waiting for the victor is set to begin at 5 p.m.