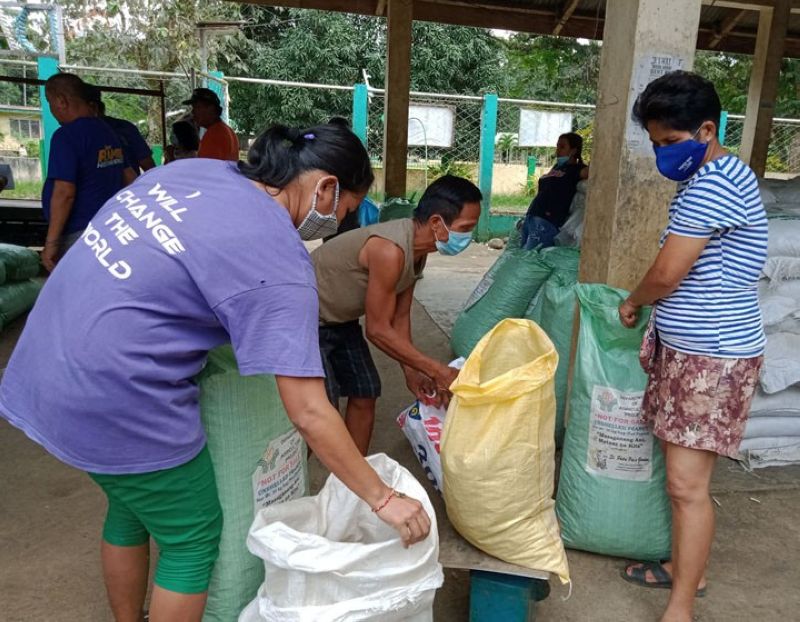 ZAMBOANGA. The Department of Agriculture-9, through the Special Area for Agricultural Development, has distributed Tuesday, October 20, 125 bags of unshelled peanut seeds and 300 bags of organic fertilizer to a farmer association in Dampalan Dapitan City, Zamboanga del Norte. A photo handout shows the farmers sort out the farm inputs given them. (SunStar Zamboanga)

THE Department of Agriculture (DA) Zamboanga Peninsula, through the Special Area for Agricultural Development (Saad), has provided farm inputs to an association of farmers in the province of Zamboanga del Norte.

The beneficiaries of the farm inputs consisting of 125 bags of unshelled peanut seeds and 300 bags of organic fertilizer were distributed Tuesday, October 20, to the Dampalan Farmers Association in Dapitan City, Zamboanga del Norte.

These farm inputs were given to 51 individual members of the farmers' group in the village of Dampalan, Dapitan City, as part of the Corn and Peanut Production Project 2020.

During the distribution, Shelain Apolinario, Saad area coordinator, has assured the farmers that the DA-Saad will continue to uphold its promise to continuously monitor and mentor them and their farms.

The farmer-partners are project recipients of the Saad program since 2017, according to Apolinario.

Alfrodencio Batino, president of the Dampalan Farmers Association, confidently said that for the three years that Saad provided them inputs, they can sustain the livelihood for the next years.

“The Saad program has really taken a big part in assisting us towards our progress as farmers. We also have earned and learned enough to sustain these projects given to us,” Batino said.

Apolinario said the DA-Saad in Zamboanga Peninsula has identified San Nicolas village as the new recipient in Dapitan City for 2021. (SunStar Zamboanga)