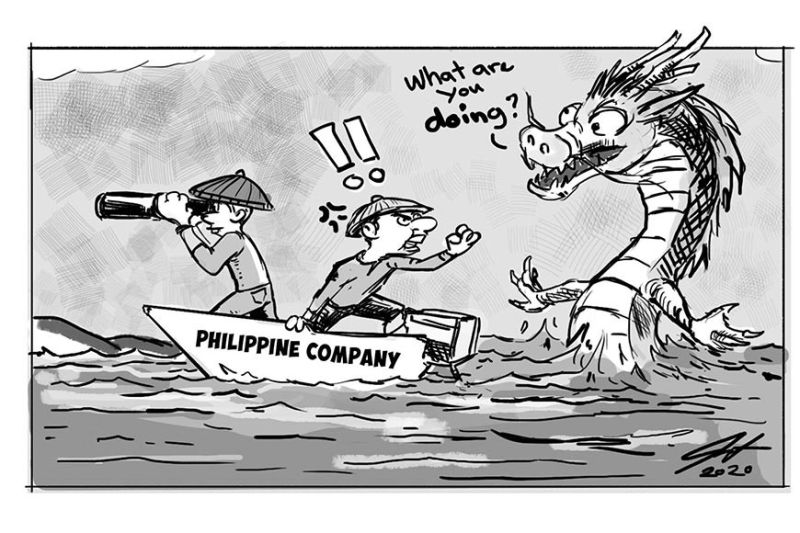 BARELY a month since President Rodrigo Duterte addressed the United Nations General Assembly where he, in an unprecedented gesture, brought up the matter of the Philippines’ legal victory against China on the West Philippine Sea (WPS), he lifted the moratorium on petroleum explorations in the area, the Department of Energy disclosed on Oct. 15, 2020.

“The Award is now part of international law, beyond compromise and beyond the reach of passing government to dilute, diminish or abandon,” the President declared before UN delegates on Sept. 23, 2020, referring to the country’s upper hand following the arbitral ruling by the Permanent Court of Arbitration in 2016.

The explorations were stopped at the height of the litigation in 2014, and despite the country’s victory in the Hague ruling, the Philippines has been slow in reclaiming its economic activities in the area.

Following the President’s decision, the DOE had formally issued “resume-to-work” notices to at least three companies, specifically on Service Contracts (SCs) 59, 72 and 75.

The Philippine National Oil Co.-Exploration Corp. operates SC 59, Forum Ltd. Operates SC 72 and PXP Energy Corp. on SC 75. With the order, these companies are now legally obligated to infuse capital into the contract areas and employ Filipino engineers and workers.

It must be noted that the resumption of exploration activities is green-lit by government’s unilateral decision. The supposed partnerships of some of these corporations with Chinese firms are still in their negotiation phases. The subtext, therefore, is that this move is a direct assertion of Philippine sovereignty over the disputed territory by way of an economic activity.

Government can play the role of overseeing the sort of contracts these companies are entering into with Chinese firms, to ensure that not a word compromises Philippine claim to these territories.

Chinese foreign ministry spokesman Zhao Lijian, following the DOE’s announcement on the President’s moratorium lift, claimed on Oct. 16, 2020 that the Philippines and China have “reached a consensus on the joint development of oil and gas resources in the South China Sea and have established a cooperation mechanism for relevant consultations.”

As far as we know, the three firms who have received the resume-to-work order are yet to revive their negotiations with Chinese service firms. For instance, the PXP Energy is yet intending to revive its discussions with China National Offshore Oil Corp. for a joint venture in the Recto Bank.

On whether the bilateral consensus that Zhao claims is true or not, the Philippines has just demonstrated a bold move of flexing its power over its territory by reanimating economic activities in the WPS. That is, of course, if things really are how they appear to be.