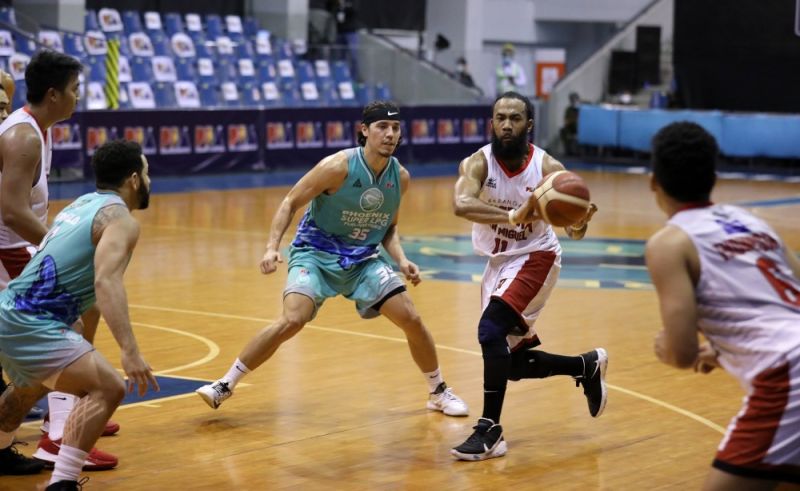 The Barangay Ginebra Kings collected their fourth win in a row after beating the Phoenix Super LPG, 86-71, in the PBA Philippine Cup on Wednesday night, October 21, 2020, at the Angeles University Foundation Sports Arena and Cultural Center.

Stanley Pringle put up 20 points while Prince Caperal continued to be a revelation, tallying a double-double performance of 14 points and 10 rebounds to go with five assists as the Kings improved to 4-0 (win-loss) for the season and grab a share of the lead of the standings with TNT.

Japeth Aguilar also provided a spark from the bench with 13 points while Scottie Thompson showcased his versatility with 11 points, seven boards, seven dimes and three steals.

Ginebra made their move in the second quarter where they outscored Phoenix, 27-17, to build a 47-36, halftime lead. It was all Ginebra from that point onwards as they pushed their lead to a high of 21 and hand Phoenix its second loss in a row.

Jason Perkins was Phoenix’s high-point man with 15 as top gunner Matthew Wright struggled to find the mark, finishing with just 12 points while missing 12 of his 17 tries from the field. Wright was especially anemic from beyond the arc as he made just two of his 11 attempts from three-point land.