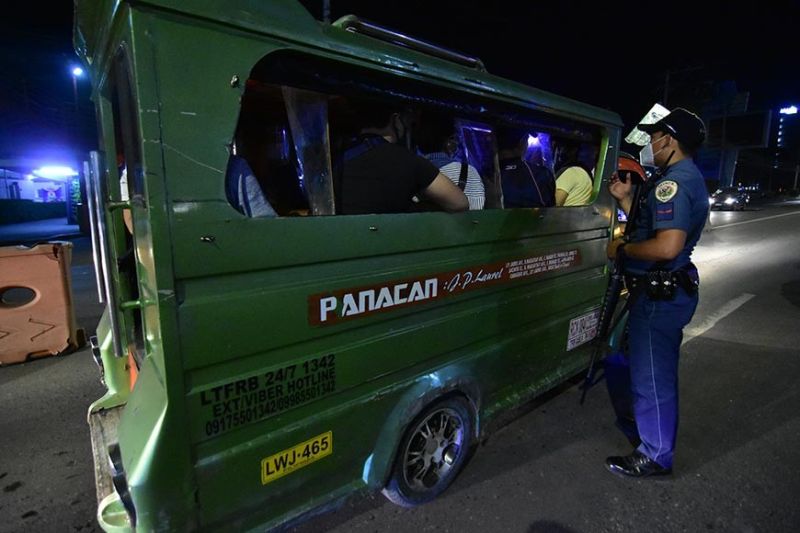 THE Davao City Government, through Executive Order (EO) No. 55-A, expanded the list of specific sectors and individuals exempted from the 7 p.m. to 5 a.m. curfew.

The City Government issued on Wednesday, October 21, EO 55-A, which amends the issued EO 55 on October 12, which took effect at noon on October 15.

In the amended EO, the City has extended the list of exempted sectors to include individuals attending the wake of a family member; priests, imams, pastors, and other religious ministers conducting funeral/burial prayers or administering the last rites of a dying person; public utility vehicles; agricultural and non-agricultural cargo; food delivery services; airplane passengers traveling to and from the airport; market suppliers, deliveries and vendors; travelers going out or passing through the city; all medical, emergency and disaster cases, including the purchase of medicines, medical supplies and equipment; and patients, their assistant and driver going to and from the hospital, chemotherapy center, dialysis center, and other medical treatment, therapy, and rehabilitation service.

In the city’s first release, those exempted from the curfew are the following: all government workers who are on duty during curfew hours; all private office and establishment employees who time in and time out of work within the curfew hours including their drivers, this shall mean to include their travel to and from their residence; all medical doctors and veterinarians who need to work; workers of public utility companies (energy, water, internet, etc.) and their contractors, sub-contractors and other suppliers conducting construction, maintenance or emergency activities; and subsistence and business fishing activities, their vessels are subject to lawful inspection by the Maritime Police, Task Force Davao, Navy or Coast Guard if there is a reasonable belief that there is illegal activity or unlawful materials in the vessel.

Employees working during the curfew time are reminded to bring their valid company identification card (ID) to be presented at checkpoints.

Davao City Mayor Sara Duterte-Carpio issued both EOs, which enforces curfew, liquor ban, and regulation of other activities, in the city until December 31, 2020, as a measure to curb the further spread of Covid-19.

Duterte-Carpio, during a radio interview on the same day she issued EO 55, said the City had collated some of the exemptions needed to be included in the issuance of EO 55-A, as some of those who are working during the curfew hours were not included.

This came after a market vendor was reported to have been apprehended by a security official after having seen walking down the streets at early dawn.

In an October 19 radio interview, the mayor said the City is firm in imposing the curfew due to the continuing rise of Covid-19 active cases in the city brought about by several factors, which result in mass gatherings and other "extracurricular" activities that contributed to the widespread transmission of the virus.

Based on the Department of Health-Davao Region's data as of October 20, the city has the highest active cases in the entire region with 608.

The Davao City Police Office has apprehended 194 curfew violators from October 15 to 18.

DCPO Spokesperson Captain Rose Aguilar said in a phone interview that based on their breakdown, they were able to apprehend 115 violators on the first day, while 39 and 40 individuals were apprehended on the second and third day, respectively.

Majority of those apprehended, she said, are those caught outside by police patrollers within the communities.

Aguilar said while she does not have yet the latest available data, they saw a huge decrease in curfew violators since the majority of the public are now aware of the new curfew hours.

She said individuals who are still on the streets while waiting for a ride home are not going to be apprehended as they are given time allowance and special consideration by the local government.

Duterte-Carpio said there was "confusion" during the first few days of implementation, but in the end, the local government was able to disseminate the information to the public clearly.