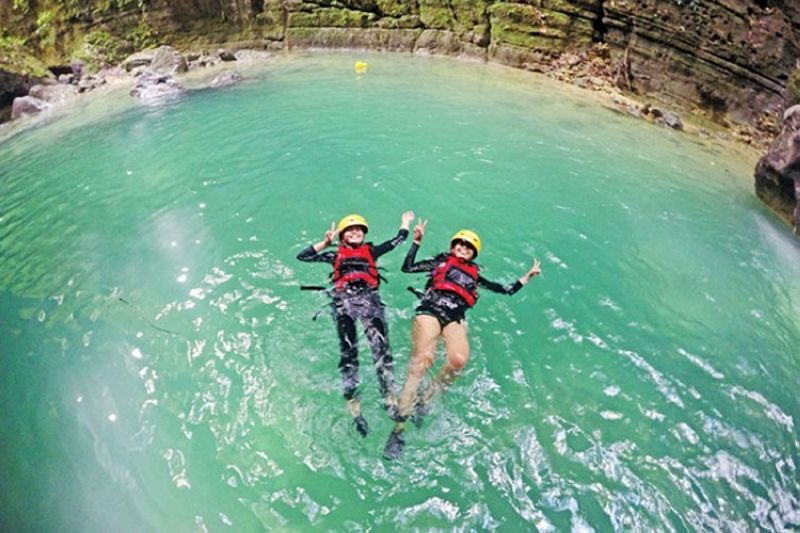 THE recognition given to Cebu and the Visayas by Condé Nast Traveler as the Best Island in Asia in 2020 will help in the recovery of the tourism sector here, said Secretary Michael Dino, Presidential Assistant for the Visayas.

Cebu and the Visayas were recognized as the top island destination in Asia in the CNTraveler’s 2020 Readers’ Choice Awards.

CNTraveler is a luxury and lifestyle travel magazine published by Condé Nast. The magazine invited 600,000 travelers to vote online for the Top Islands in six areas — Asia, Australia, and the South Pacific, the Caribbean and the Atlantic, Africa and the Indian Ocean, Europe, and North America.

Dino noted that the pandemic has adversely affected the economy of the Visayas. “This is a welcome development as some tourist destinations in the Visayas are starting to open up to the entry of tourists,” he added.

The ban on travel due to the Covid-19 pandemic had an adverse impact on the economy of Central and Western Visayas.

The National Economic and Development Authority (Neda) in Western Visayas noted that the region could have earned around P19 billion from March 17 to April 30, 2020, when 875,000 tourists were expected to have visited the region.

On the other hand, Neda Central Visayas estimated the foregone revenue for Central Visayas’ tourism sector reached a total of US$465 million (P23.6 billion) for the first six months of 2020.

Tourism has been a major contributor to the economy of the Visayas, Dino said, adding that his recognition will boost efforts to convince tourists to travel to the various tourist destinations here.

“The recovery of the tourism sector will benefit not only the hotels, resorts and restaurants but also the micro, small and medium enterprises providing support services such as the sea and land transportation firms,” he pointed out. “It will also have a major impact on the agriculture sector since the demand for their product will increase once tourists return.”

“Of course, minimum health protocols shall be strictly observed. We don't want our locals who are dependent on tourism to wait for the vaccine. We want them to live in the new normal at the same time revive the tourism which is our backbone in the economy,” he added.

CNTraveler featured various destinations in Cebu such as its pristine beaches, diving sites, the Kawasan Falls in Badian, as among the popular tourist destinations.

According to the CNT article, Cebu draws nearly two million travelers annually for its pristine beaches and diving off the island’s northern coast.

It added that the Spanish and Roman Catholic influences permeate Cebu City, citing the Basilica Minore del Santo Niño which houses a small statue of Christ that was presented by Ferdinand Magellan.

“Cebu has given us plenty of recognition not just in Asia but all around the world. However, there are many more tourism sites that they can visit in the Visayas,” Secretary Dino pointed out.

Boracay, a consistent top tourist destination, is now open to both local and international tourists while most areas in Cebu are now accepting domestic tourists.

“I hope other areas in the Visayas, especially major tourist destinations such as Cebu, Bohol, Siquijor, will slowly open again to international tourists,” Dino said. (PR)