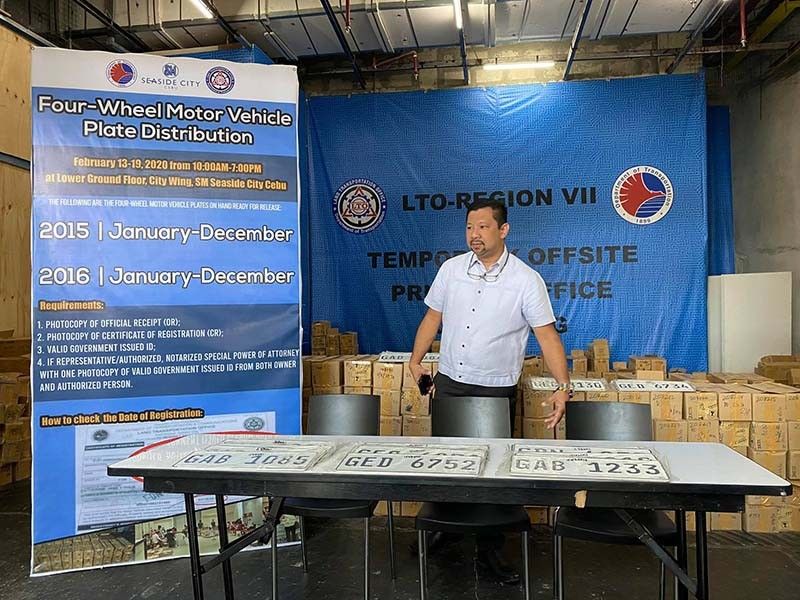 THE Land Transportation Office (LTO) 7 has resumed the distribution of motor vehicle plates for brand new four-wheel vehicles starting Thursday, October 22 at SM Seaside, where 19,302 plates are set to be released.

But before anyone can claim their motor vehicle plates, the agency reminded the public to book first for a schedule so that the personnel of LTO 7 can prepare the plate.

Booking is simple. Owners will have to send a text with the following information: the plate number and motor vehicle file number, date of first registration, and name of the owner to 0947-349-9965.

The agency started releasing the motor vehicle plates on February 13, 2020, where a total of 1,941 plates were released.

Special plates from the year 2015, 2016 (January-June), and 2017 (January-April) can also be claimed following the resumption of the distribution.

LTO 7 reminds the motorists who will be claiming their plates to prepare a photocopy of their Official Receipt (OR) and Certificate of Registration and a photocopy of any valid government-issued ID.

If a representative will claim the plate, a notarized authorization letter with a photocopy of a valid government-issued ID for both owner and the authorized person is needed.

Likewise, if the vehicle is owned by a company, a notarized Special Power of Attorney, Secretary Certificate with one photocopy of the valid government-issued ID of the Secretary and the authorized person is needed.

Once a final release schedule is sent to the owner, they can now go to SM Seaside City Cebu, City Wing at the Lower Ground Floor to claim their motor vehicle plates.

"Please wait for the confirmation to know your scheduled date and time of claiming. If the plate is unclaimed, you will have to reschedule your appointment," said the agency in their notice posted on their official Facebook page. (PR)