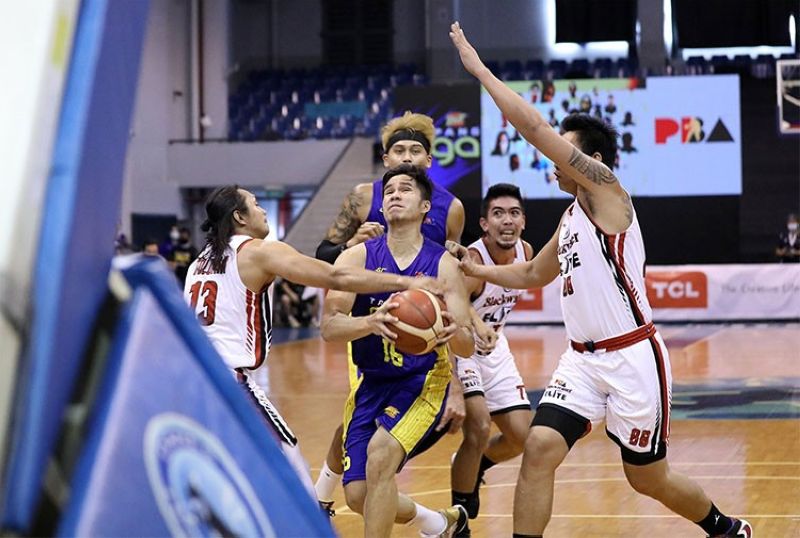 MANILA. TNT wingman Roger Pogoy drives into the teeth of Blackwater’s defense in their 109-96 win over the Elite in the PBA Philippine Cup on Thursday, October 22, 2020. (PBA)

THE TNT Tropang Giga proved unstoppable once again as they crushed the Blackwater Elite, 109-96, in the PBA Philippine Cup on Thursday, October 22, 2020, at the AUF Sports Arena and Cultural Center in Pampanga.

Playing without top guard Jayson Castro who sat the game out because of a tight back, the Tropang Giga kept their lethal form as five different players scored in double-figures led by Cebuano wingman Roger Pogoy who had 20 points to go with seven rebounds, four assists and three steals.

The Tropang Giga started off strong, leading, 34-25, after the first canto. TNT did not let up as they led by as much as 21 in the lopsided affair.

Don Trollano scored 23 points for Blackwater, which lost its second game in a row and fell to 2-3. (JNP)