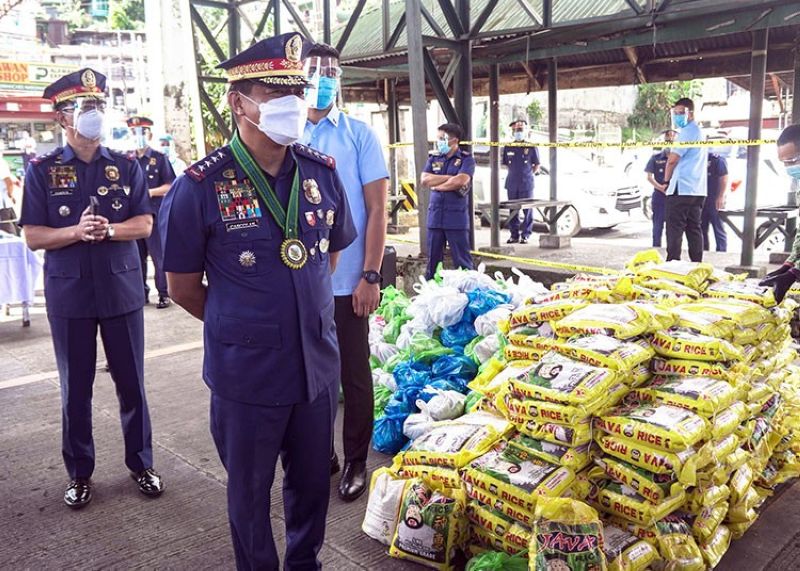 REBEL returnees were given assurance of further government support for their reintegration to society.

Philippine National Police (PNP) Chief General Camilo Cascolan on Monday, October 19, said rebels who wish to surrender can avail themselves of several programs and financial aid from the government.

Cascolan made the remark after a couple and their eight-month-old son surrendered to Police Regional Office (PRO)-Cordillera at Camp Bado Dangwa in La Trinidad, Benguet.

"Michael" and his partner "Gian" who are allegedly members of the Komiteng Larangang Gerilya South Ilocos Sur (KLG-SIS) of the Ilocos-Cordillera Regional Committee under the Communist Party of the Philippines-New People's Army (CPP-NPA) surrendered to authorities on October 15 in Barangay Karikitan, Conner, Apayao.

Cascolan said the PNP is planning to establish assistance desks per barangay or clustered barangays, particularly in areas where there are former NPA members who surrendered, to make the residents feel the presence of the government.

"We will be going to the barangays for the PNP response teams especially in villages where there are surrenderers to make the people trust us and see that the services of the police do not end when an NPA surrenders," said Cascolan during his visit.

The couple, meanwhile, said they choose to abandon the armed struggle due to the hardship they experienced in the underground movement, lack of food, to clear their names to the authorities and most of all to live peacefully with their son.

Since 2018, 256 communist terrorist group and militia ng bayan members and supporters surrendered to the government.

Some 74 assorted firearms and weapons were surrendered.