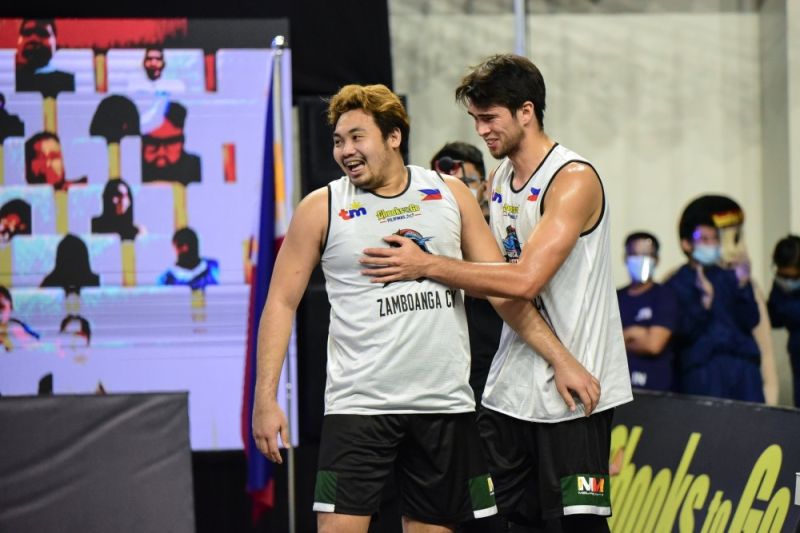 Known for being a super scorer, Davaoeño Alvin Pasaol showcased his defensive prowess in the first leg of the 2020 Chooks-to-Go Pilipinas 3×3 powered by TM. (Chooks-to-Go)

Davaoeño Alvin Pasaol has made a name for himself in the country’s basketball scene for his innate ability to score buckets.

In the first leg of the 2020 Chooks-to-Go Pilipinas 3×3 powered by TM last Wednesday, the burly forward showed that he could also be a defensive stopper.

Showing a renewed commitment on the defensive end of the floor, the former University of the East star willingly took a backseat to his Zamboanga City teammate Joshua Munzon in the scoring department, instead focusing his energy on defense.

The results were outstanding as Pasaol came away with two huge defensive plays in the finals against Butuan, first swatting away a two-point attempt by Karl Dehesa, before helping clinch the championship-winning 21-17 victory with a fiery defensive stand against Chris de Chavez.

“I’ve made some adjustments since I saw the team needed an anchor on defense,” relayed Pasaol.

“During the quarantine period, we practiced on our defense a lot since we know that’s going to be our main weapon. We’re not going to win using our offense alone. We’re going to win with our defense,” he added.

Realizing that offense won’t be a problem with the presence of Munzon, Troy Rike and Cebuano sentinel, Leonard Santillan, Pasaol explained that he will use the President’s Cup as a platform to work on his defense as they prepare for the 2021 FIBA 3X3 Olympic Qualifying Tournament.

“I’m going to accept my role. Josh is there, Santi is there, Troy is there. I’m just going to do what the team needs and fill in the gaps,” Pasaol said. (JNP)