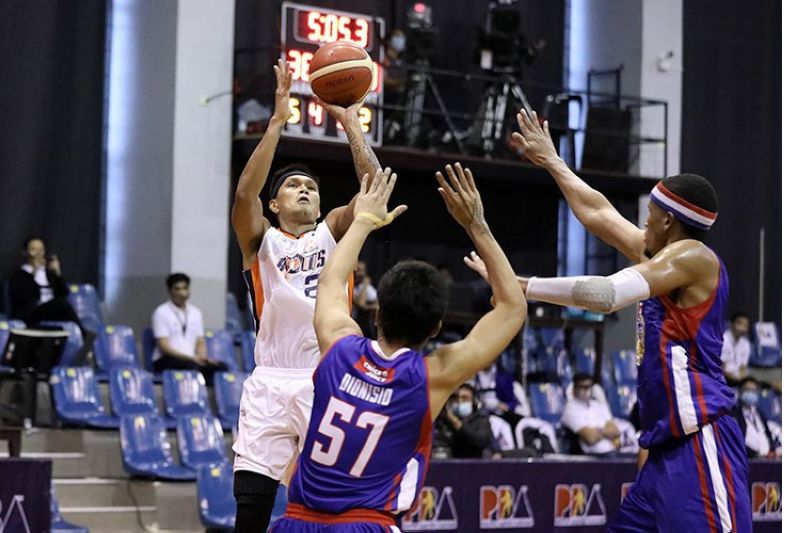 The ageless Reynel Hugnatan will be looked upon to steady the Meralco Bolts when they face off against the NLEX Road Warriors in the PBA Philippine Cup on Friday, October 23, 2020. (PBA photo)

The Meralco Bolts and the NLEX Road Warriors seek to keep within striking distance of the upper-tier teams in the leaderboard when they duke it out in the PBA Philippine Cup on Friday, October 23, 2020, at the AUF Sports Arena in Pampanga.

Tip-off is at 4 p.m. which will then be followed by the game between the Magnolia Hotshots and the Phoenix Super LPG at 6:45 p.m.

The Road Warriors are coming off a 102-88 conquest of the NorthPort Batang Pier that netted them their first win in four outings. NLEX head coach Yeng Guiao said that the team’s horrendous start has placed pressure on the team.

"It's definitely more difficult than usual to motivate the team because of the circumstances we're in," Guiao was quoted as saying on the league’s official website.

"We just tried to be positive as much as we could. We felt if we could sustain our energy for four full quarters, lift one another up, we can still make something out of this tournament," the fiery mentor added.

Cebuano forward JR Quiñahan, a 13-year veteran of the league, shared that he and his teammates met to address their losing slump and what they had to do to rise from the ashes.

The Bolts on the other hand, are aiming for their third win in five games. They are coming off a gritty 109-104 overtime win over Magnolia which saw Chris Newsome take over in the extra session to help Meralco come away with the victory. (JNP)