Naturalization of Ateneo’s Angelo Kouame already in the works 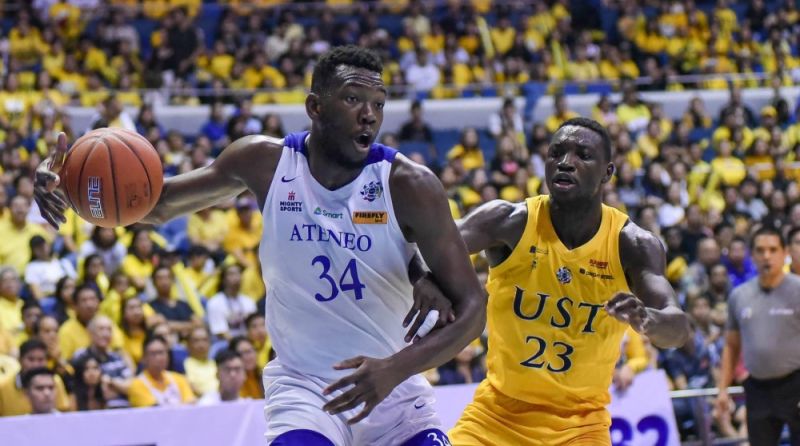 The Samahang Basketbol ng Pilipinas is hoping that Ateneo’s Angelo Kouame could be naturalized in time for the second window of the FIBA Asia Cup Qualifiers. (The UAAP photo)

This was revealed by Samahang Basketbol ng Pilipinas (SBP) special assistant to the president Ryan Gregorio as they scramble to finalize the roster of the Gilas Pilipinas men’s national basketball team that will compete in the FIBA Asia Cup Qualifiers next month.

“It’s now in Congress for Kouame, Ange Kouame to be naturalized, and we’re just waiting for it to be finalized,” said Gregorio during his appearance on an episode of Sports Page.

If naturalized, Kouame figures to be a key cog for the Gilas squad not only because of his 6-foot-11 frame but also because of his familiarity with the system of program head Tab Baldwin, who he plays for at the Blue Eagles.

“Our choice of a naturalized player will obviously complement the kind of team that we have at the moment. Coach Tab would echo this statement as well, that we need a big guy who can really man the slot for us,” explained Gregorio of the SBP’s choice to try and naturalize Kouame.

Kouame has been outstanding for Ateneo, helping lead the Blue Eagles to two titles in the University Athletic Association of the Philippines (UAAP). Last season, Kouame put up averages of 12.5 points, 11.79 rebounds, and 3.86 blocks per contest.

The Gilas are set to take on rivals South Korea on November 27 before battling Thailand on November 30. (JNP)