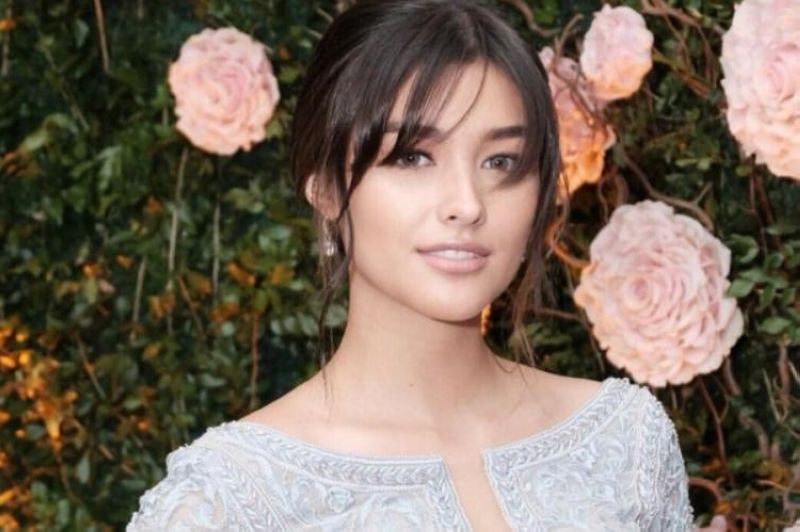 Parlade, spokesperson of the National Task Force to End Local Communist Armed Conflict (NTF-Elcac), said he did not say that Soberano is a member of any communist terrorist organization

“And I never said that Liza Soberano is part of that organization. Association, yes, and that is going to be the start of it if we are not going to pursue our job of educating our people about this duplicitous nature of Gabriela and so with this other Makabayan bloc organizations,” he added.

Parlade said he supports the advocacy to defend women and their rights, but not Gabriela’s alleged hidden agenda.

Soberano was criticized for attending a webinar organized by Gabriela Youth.

Parlade then issued a statement saying that Soberano still has a chance to abdicate from the group or she might suffer the same fate as Josephine Anne Lapira, a member of Gabriela Youth who was killed in an encounter with the government forces three years ago.

Parlade said it was not a threat but a warning because he believed that Gabriela members were trying to exploit Soberano.

“Obviously, she is the one being exploited by this Gabriela. If you read our history, we should know that Maita Gomez - ang dami nating mga personalities and celebrities in the past, eventually they became rebels, NPA (National People’s Army),” said Parlade.

“And this is where they started. I feel it’s our responsibility especially in the National Task Force to End Local Communist Armed Conflict to inform our people, our netizens, about this modus operandi of this Communist Party of the Philippines, Gabriela included,” he added.

Parlade also said Angel Locsin is aware that Gabriela is a “terror group.” He said he has proof and there are people who can testify to this.

Gabriela Party-list Representative Arlene Brosas denounced Parlade for maliciously associating the actress with the armed movement after taking part in the online forum.

However, Parlade said there is nothing for him to apologize for.

He said Soberano’s family, through their lawyer, thanked him “for informing them about the nature of this organization which they don’t want their client to be associated with.”

Soberano’s camp has said that the actress remains apolitical.

Lorenzana said linking certain personalities to the leftist group should not be done if there is no proof to support it.

For his part, Armed Forces of the Philippine Chief of Staff Gilbert Gapay said Parlade is simply reminding the public about the hidden agenda of the communist group. He said anyone, including celebrities, may be victimized.

"Ito namang statement ni General Parlade is a reminder to all that kasi anybody could be victims... from all walks of life, the vulnerable ones," he said.

"It's in line (with) 'yung programa ng AFP on the shielding and protecting certain groups of persons, particularly vulnerable ones, from the recruitment of the CPP-NPA," he added.

Gapay said there are other ways to promote one's yearnings for changes in society but promoting violence is a different story. (SunStar Philippines)