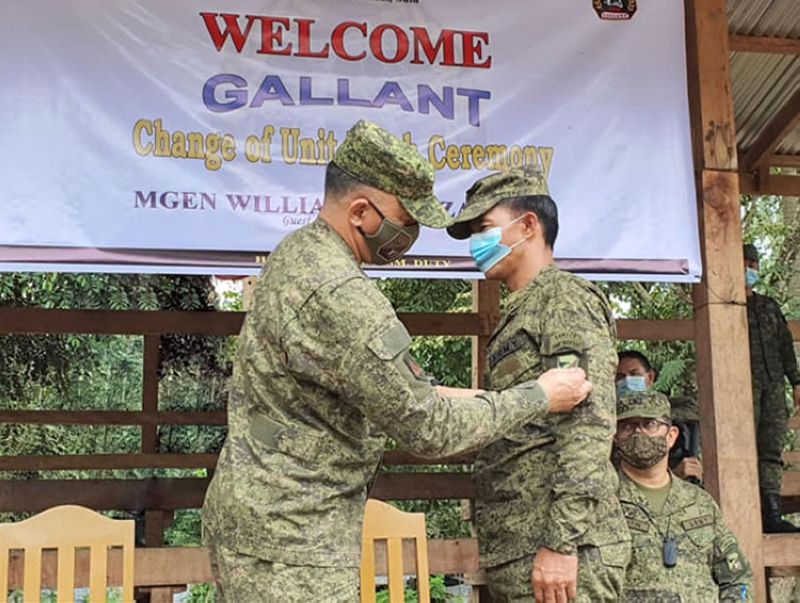 THE Army's 11th Infantry Division (ID) has formally welcomed the 45th Infantry Battalion (IB) as one of its maneuver battalions.

The formal welcome was done by way of a "Donning of Patch Ceremony" on Wednesday, October 21, at the headquarters of the 45IB in Tugas village, Patikul, Sulu.

The donning ceremony is a formal reception for the 45IB as one of the maneuver battalions of the 11ID, headquartered in the province of Sulu.

The 45IB was a former unit of the 5ID serving the northern part of the country. In 2009, the unit was later called to service in Mindanao and was reassigned in Maguindanao Province as part of the 6ID.

In 2016, the 45IB moved into the province of Sulu and in February last year, the battalion became a component unit of the 1st Brigade Combat Team.

The unit's community development initiatives, in partnership with the Municipal Government of Patikul, include the conduct of Balik Barangay Program and establishment of Vegetable Demo Farms in Barangay Tugas.

They also helped facilitate in the implementation of the Tugas-Sandah Road project.

Major General William Gonzales, commander of the 11ID and Joint Task Force Sulu, acknowledged the 45IB's accomplishments as significant contributions to the over-all mission of the division and the task force.

Gonzales emphasized that being the country's soldiers, it is their duty to serve the Filipino people whenever and wherever they may be called to service.

Gonzales said the soldier's oath must be fulfilled always for the vested interest of the country and for all Filipinos.

In the same activity, donning of ranks was also held to the deserving personnel of the 45IB, who were promoted to their next higher rank. (SunStar Zamboanga)