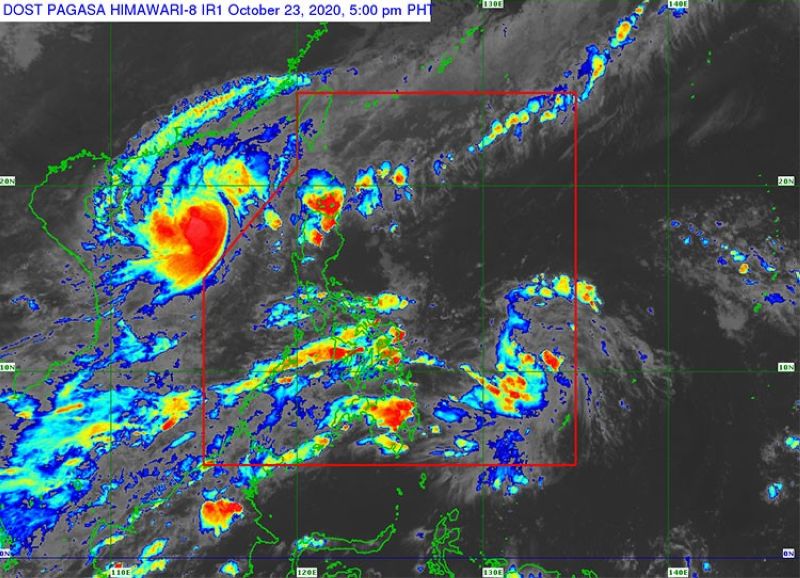 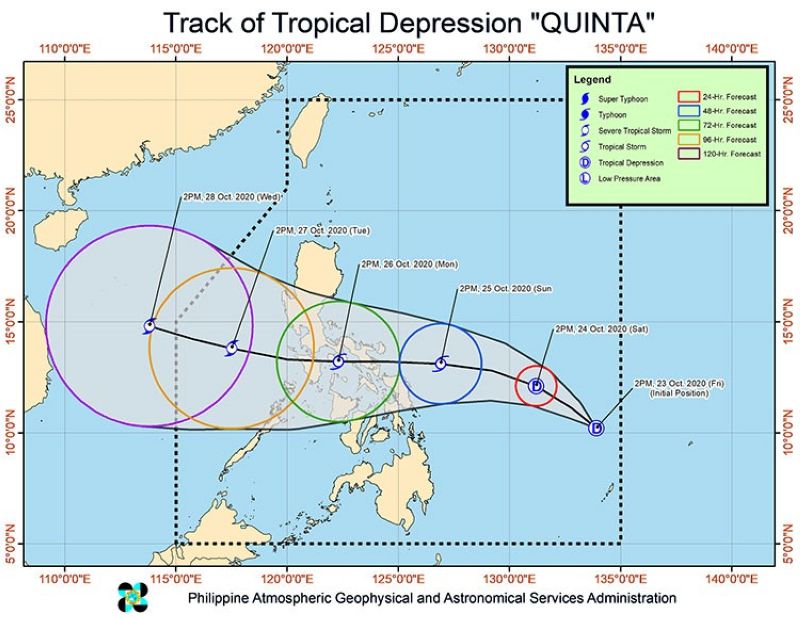 THE low pressure area east of Mindanao developed into Tropical Depression Quinta around 2 p.m. Friday, October 23, and was forecast to reach tropical storm category on October 25.

The Philippine Atmospheric, Geophysical and Astronomical Services Administration (Pagasa) said Quinta will move generally northwestward Friday and it will turn westward by Sunday, October 25, and make landfall over Bicol Region by Monday, October 26.

As of 4 p.m., the center of the tropical depression was located at 880 kilometers east of Surigao City, Surigao del Norte. It was packing maximum winds of 45 kilometers per hour (km/h) near the center and gusts of up to 55 km/h. Quinta was moving westward slowly.

Pagasa said that after crossing Bicol Region on Monday, Quinta will continue to track westward over the inland seas of Southern Luzon. It is likely to emerge over the West Philippine Sea by Tuesday, October 27.

As of Friday, Quinta is not affecting the weather over any portion of the country, and Pagasa has not raised tropical cyclone wind signal, but it said that occasional gusts due to the northeasterly surface windflow will be experienced over the northern Luzon, especially in coastal and mountainous areas.

Gale warning is also in effect over the northern and western seaboards of Luzon due to rough to very rough seas. With this, Pagasa said sea travel is risky over these areas, especially for small seacrafts.

"Moderate to rough seas will prevail over the eastern seaboards of Luzon. Those with small seacrafts are advised to take precautionary measures when venturing out to sea," it said.

Aside from Quinta, Pagasa is also monitoring Typhoon Pepito (Saudel), which was located at 615 kilometers west of northern Luzon with maximum sustained winds of 140 km/h near the center and gusts of up to 170 km/h as of Friday afternoon.