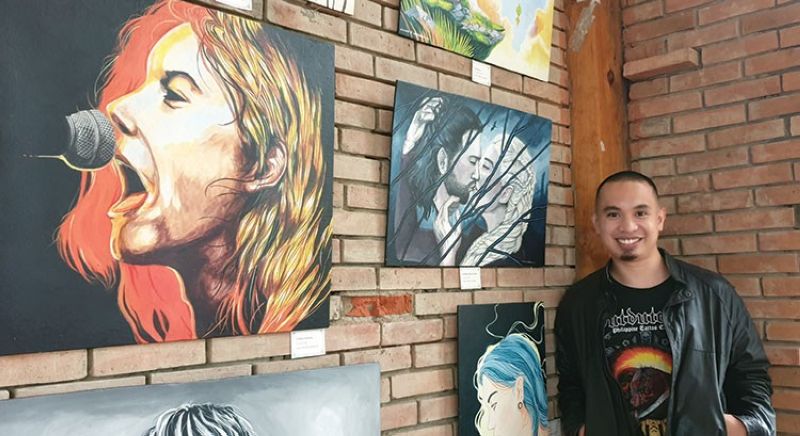 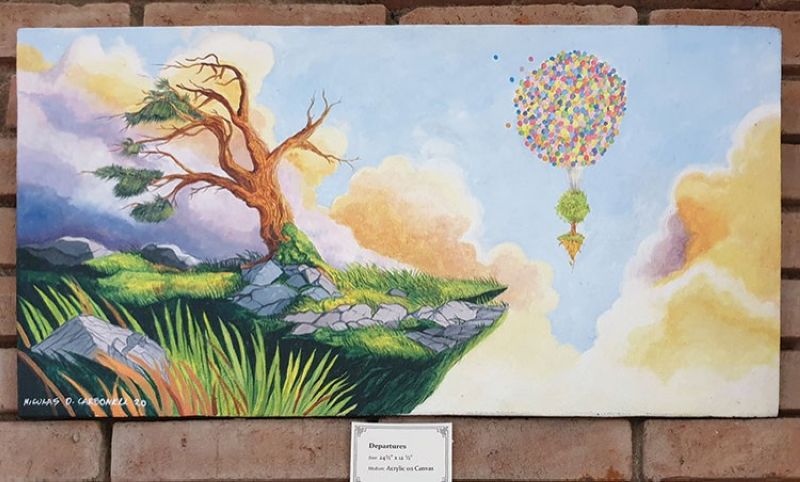 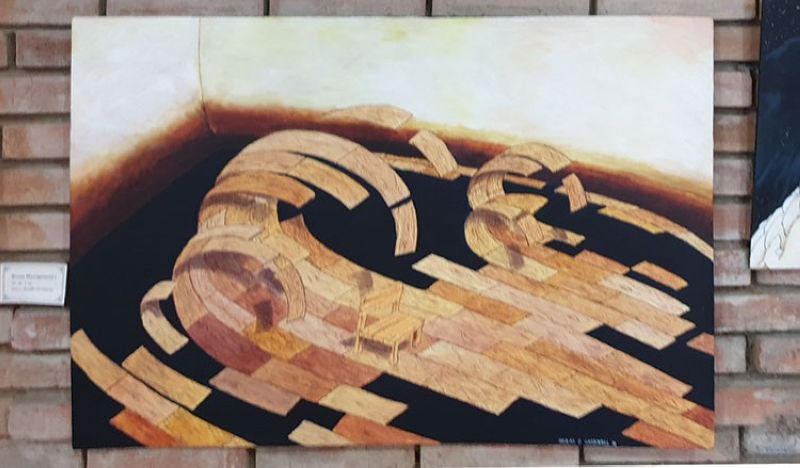 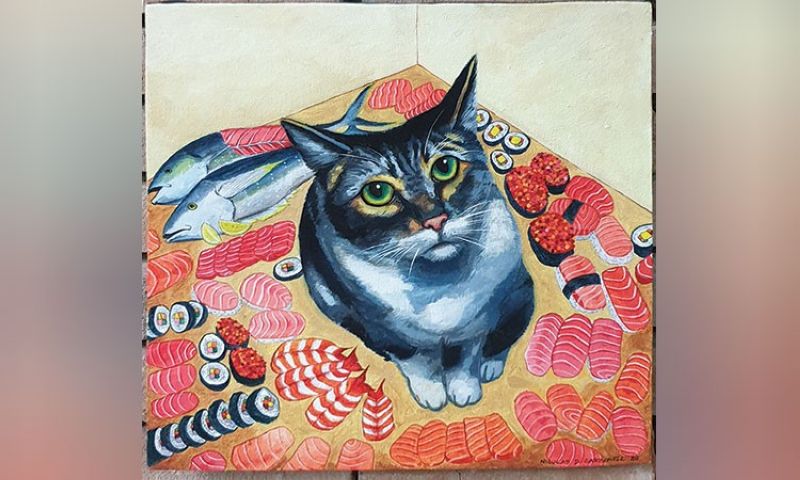 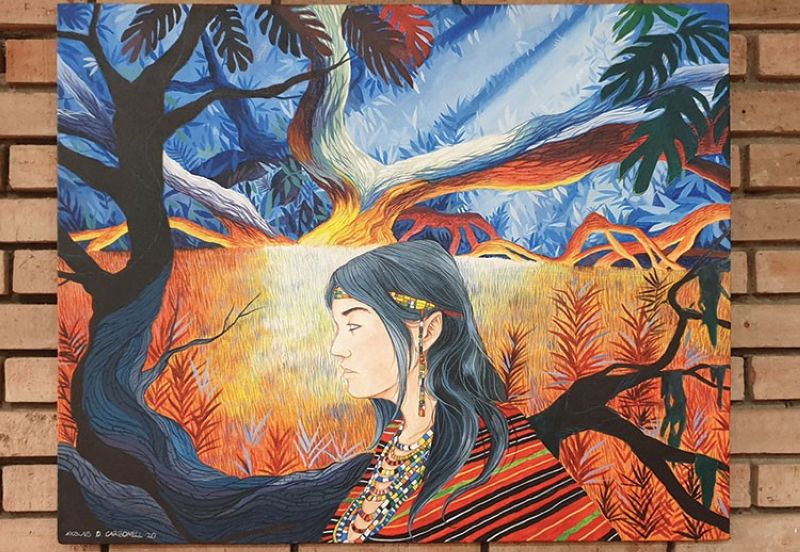 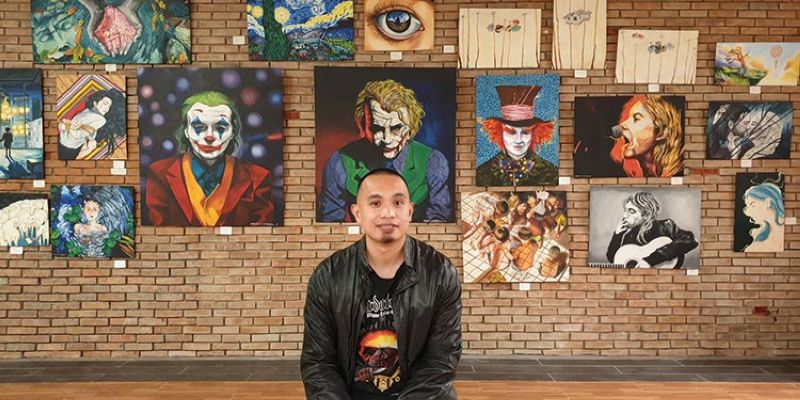 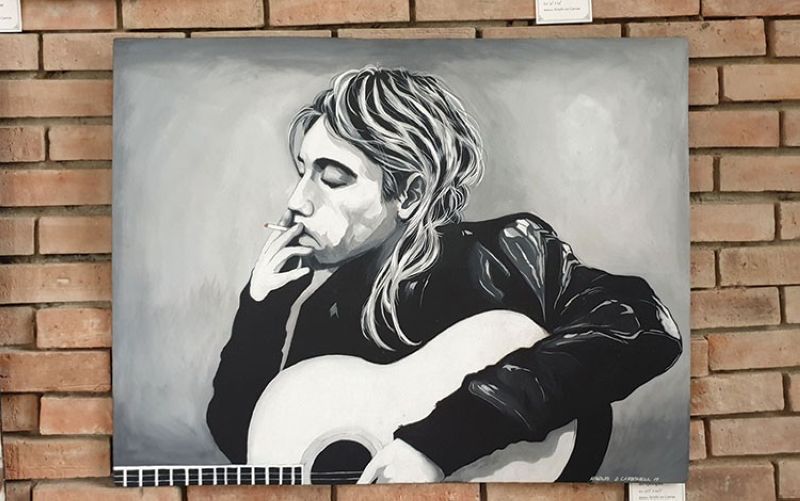 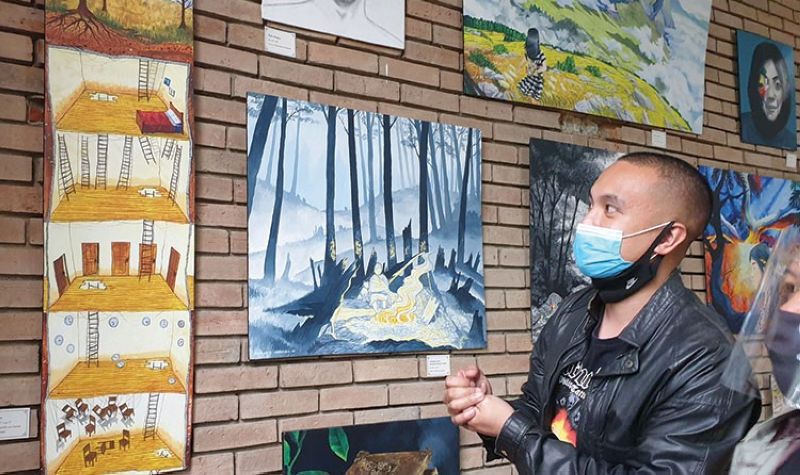 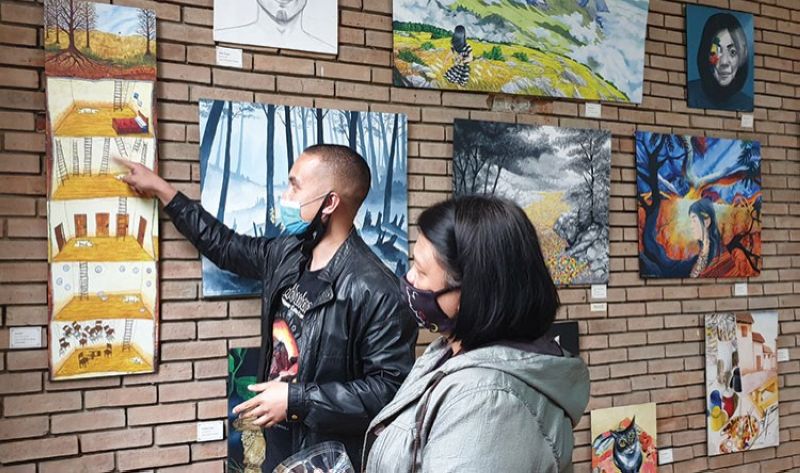 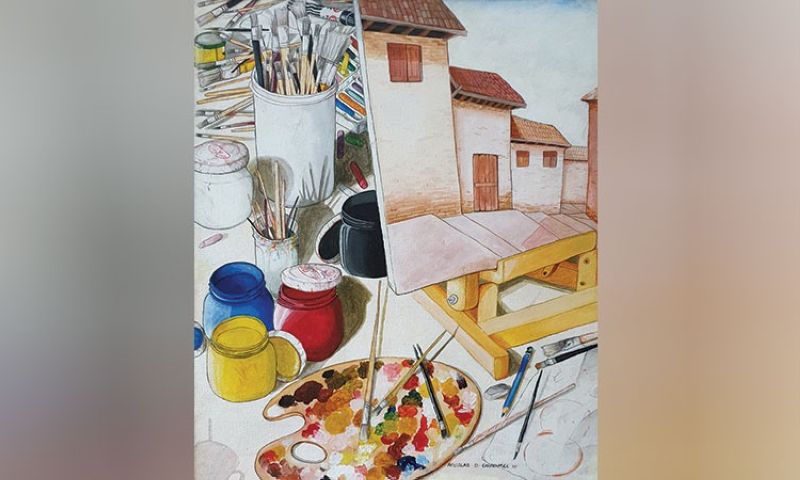 LOCAL artist Nicolas Carbonell staged his first one-man exhibit at the Diplomat Hotel with pieces depicting life as he perceives it, sharing his thoughts to the Baguio audience.

Dubbed as "Madness," the exhibition is a collection of old and new works of the 29-year-old visual artist who has focused on his craft in the time of the pandemic.

Carbonell is a Baguio boy who started his journey with art as a child and continued in his professional career as a teacher after finishing studies from the University of the Cordilleras.

Carbonell said the exhibit is a collection of work since 2009 and finally been given the chance to stage his show "Madness explores how we think inside the box and outside it, and when we ought to think inside or outside it. As ideas get passed down from the traditional to the contemporary times, our perspectives tend to change and find new meaning in things that seem familiar. Just like with Covid-19, being negative now means something positive, the exhibit tackles the whole spectrum of madness."

Not affiliated with any art group in the city, Carbonell prefers to work in solo, exploring and believing in the diversity of art is open for all with a freedom to create and interpret.

Pieces like "Sushi head" depicting cats surrounded with intricate sushi platters play and perceived heavenly comforts while "Insane" will show the how one battles with anxiety in solitude, the piece. "Departures" is personal, depicting his father's passing last year.

The series "Energy Dependence" is an old work showing the complicated grid lines of electricity poles intertwined with colorful homes stuck at its perilous peaks depicting a play on modernity and its effects.

Carbonell said the featured art pieces are meant to inspire people to find freedom in art despite the restrictions and fear nowadays. The artist hopes that his artwork would stimulate viewers to be themselves and express themselves in art.

The exhibit runs at the Diplomat Hotel until October 28, Tuesdays to Sundays, 9 a.m. to 4 p.m.