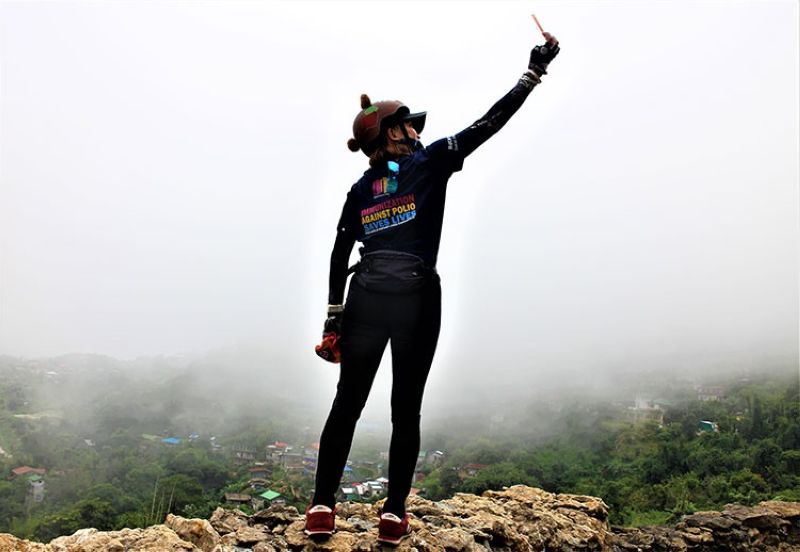 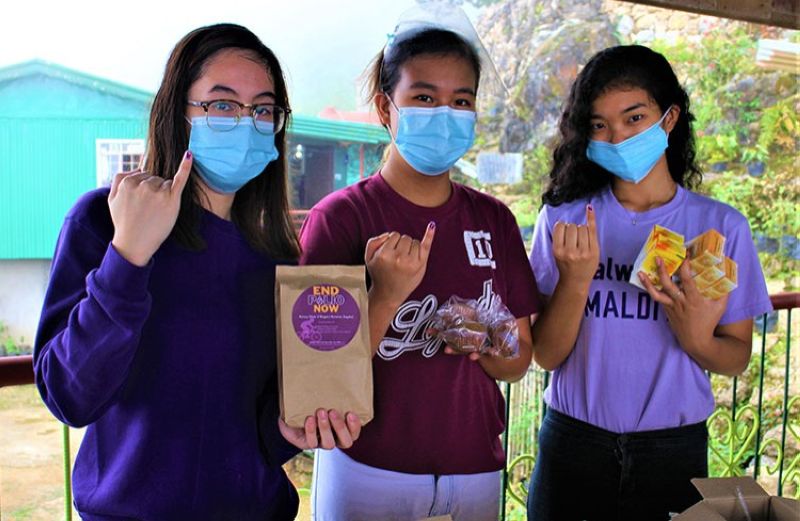 BAGUIO. The RCBSC Rotaractors of SLU-SAMCIS in action, from left to right, Pres. Vanessa Valdez, Izza Malabanan and Fiona Barrios. (Photo by Osharé) 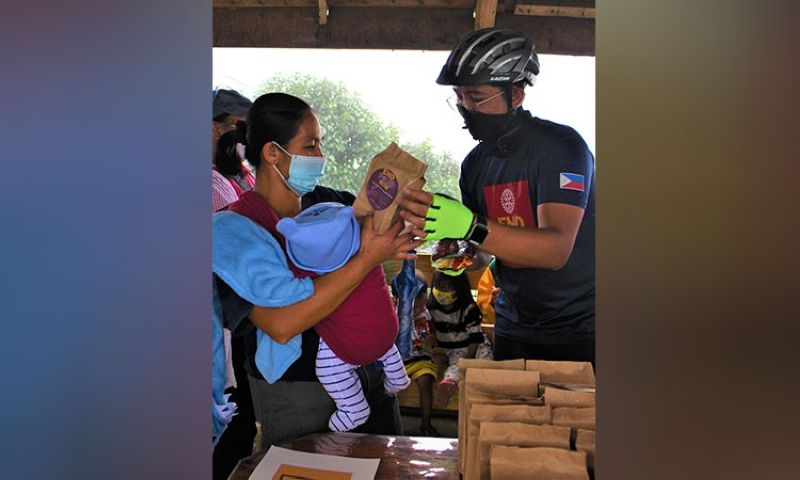 BAGUIO. Anthony Villanueva of the RCBSC Satellite Club, led in boosting health among infants and children. (Photo by Osharé) 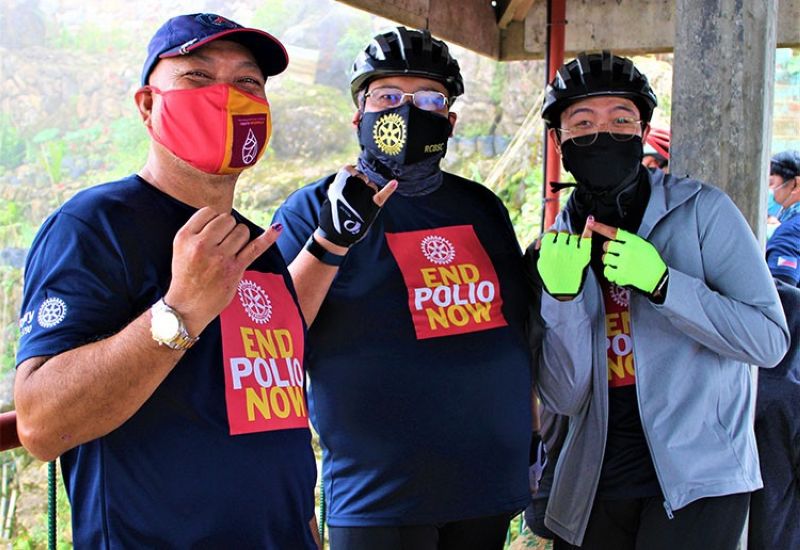 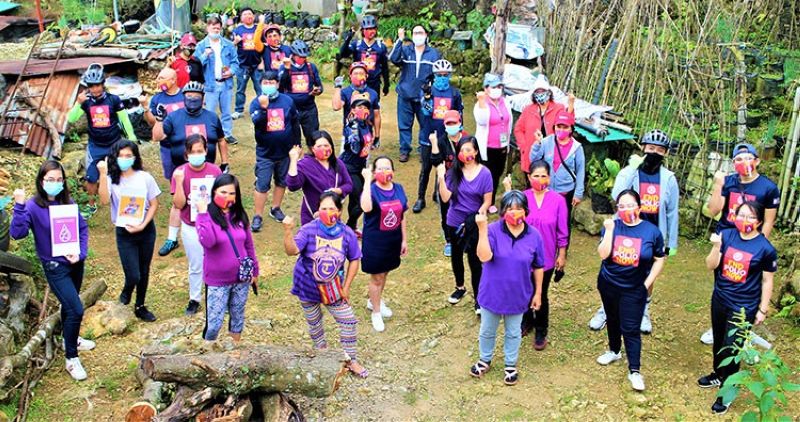 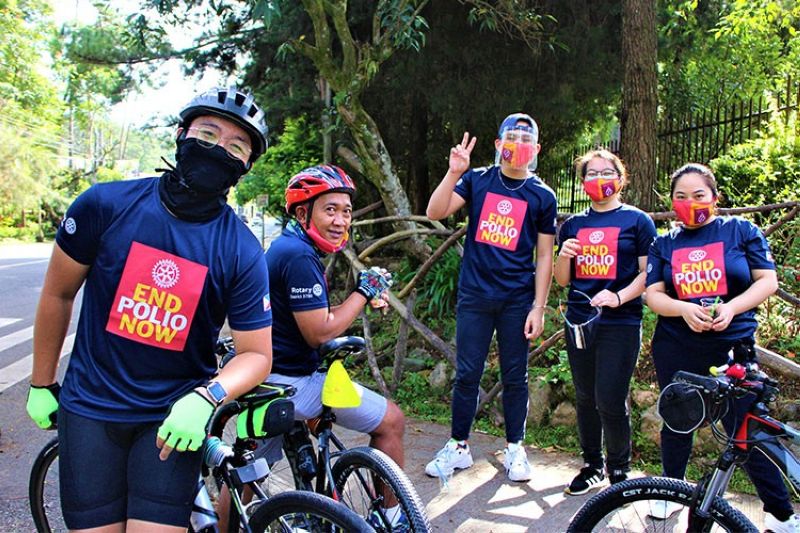 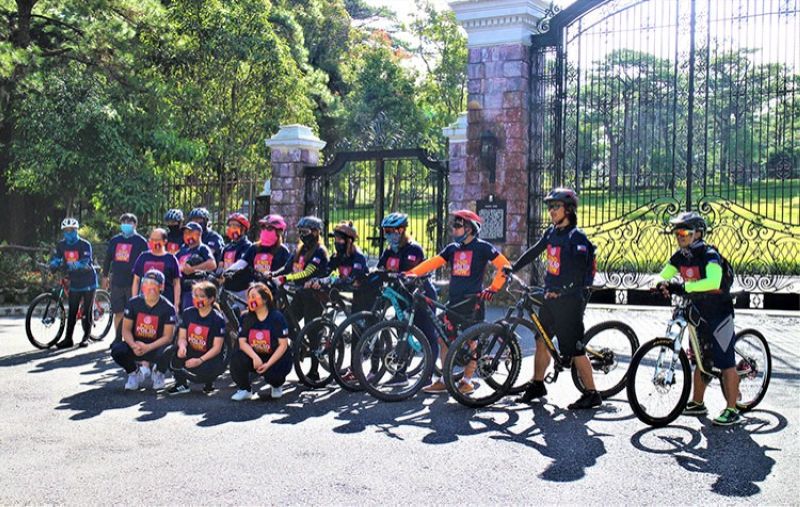 "There is hope in dreams, imagination, and in the courage of those who wish to make those dreams a reality." -- Jonas Salk

(Jonas Salk is an American virologist and medical researcher who developed one of the first successful polio vaccines in 1955.)

Last October 17, the Rotary Club of Baguio Summer Capital (RCBSC) embarked anew on its series of activities for the Polio Awareness Campaign. Among these were a Bike Fun Ride from the City Proper to Irisan Cypress Point, a medicine/multivitamins donation for infants/children and the "Purple for Polio" organic ube cupcake baking by the RCBSC Rotary Community Corps Irisan Cypress Point (RCCICP). The activities were held at Purok 14, Irisan.