Eduard Folayang out to prove doubters 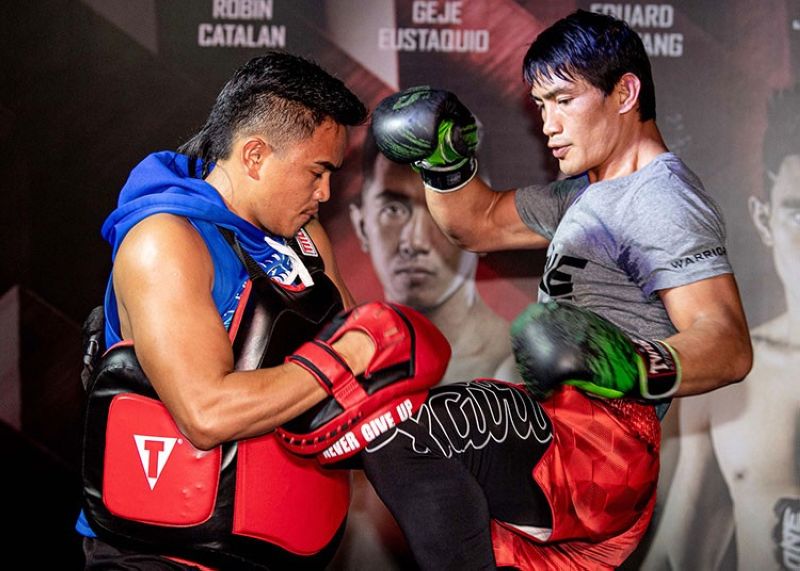 NO RETIREMENT YET. Former two-time world champion Eduard Folayang says he has more to offer and retirement is still far from his sight. Folayang returns to action on October 30 against Australia's Antonio Caruso in the main card of ONE: Inside the Matrix, set for Friday, October 30, live from the Singapore Indoor Stadium in Singapore. (ONE photo)

DESPITE recent setbacks, former world champion Eduard Folayang is optimistic he still has a lot of mileage left in the fight game.

The 2-time former ONE Lightweight world champion is set to return to action in a three-round mixed martial arts contest against Australia's Antonio Caruso in the main card of ONE: Inside the Matrix, set for Friday, October 30, live from the Singapore Indoor Stadium in Singapore.

Folayang is looking to put together a comprehensive victory, and power his way back into the win column.

"For now, I'm not even thinking about how long I have left to compete. It's not on my mind right now. The only thing I'm focused on October 30, and my goal. I want to accomplish the mission and take home the victory," said Folayang.

Folayang won the vacant lightweight strap in November of 2018, when he dominated Singapore's Amir Khan. However, he succumbed to Japanese rival Shinya Aoki by arm triangle in his first title defense in Japan. Not long after, former UFC Lightweight Champion Eddie Alvarez choked Folayang out at home in Manila.

Folayang bounced back in a big way, defeating highly-regarded Amarsanaa Tsogookhuu by technical decision, a bout Folayang was arguably ahead of on the scorecards before an accidental clash of heads ended the action prematurely.

But his celebration was short lived after dropping a close split decision loss to No. 3 ranked lightweight Pieter Buist in January, just before the Covid-19 pandemic ravaged the world.

Folayang isn't convinced he's shown all his cards just yet, and promises to plug the holes in his game to put together better performances. If he loses to Caruso this time around, many of Folayang's critics believe the 36-year-old veteran should consider walking away from the sport.

"I've been a bit unlucky recently. Obviously, there were things I could have done better in my previous matches. But I think I performed well enough. Now, it's just a matter of fixing those mistakes and tightening up my game. I feel like I still have a lot left to offer the game," said Folayang.

Though Folayang doesn't believe the end is in sight, he does admit his priorities have changed since having already reached the pinnacle of his profession.

"As always, my biggest motivations in life and my career are my family, my country, and God. I will continue to fight for those that matter to me most," said Folayang.

"There's nothing left to prove for me at this level. I'm a 2-time former lightweight champion and I've faced the best in the Circle. Right now, I'm focused on inspiring more young athletes with my performances, and lifting the spirits of my people in the Philippines. I continue to fight more for my country, than for my own personal gain," he added.