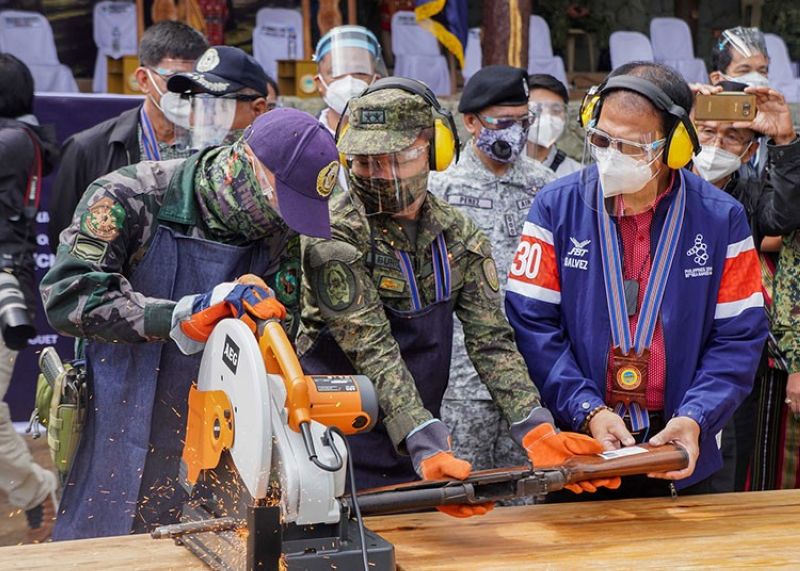 SECRETARY Carlito Galvez Jr. of the Office of the Presidential Adviser on Peace Process (Opapp) believes that through the economic support provided by the Duterte administration, more rebels are expected to surrender by 2022.

Galvez projected around 80 percent of the present members of the Communist Party of the Philippines-New People's Army (CPP-NPA) in the Cordillera Administrative Region (CAR) and other parts of the country would have returned to society by 2022.

Galvez, on Friday, led the destruction of 358 assorted surrendered firearms in CAR under the normalization program for the Cordillera Bodong Administration-Cordillera Peoples Liberation Army (CBA-CPLA) at the Police Regional Office Cordillera (Procor) at Camp Dangwa.

The Opapp chief said the objective to achieve such goal is within the obligation and mission of the government to have a lasting peace in CAR and in other parts of the country.

In 2019, the Joint Evaluation and Monitoring Committee (JEMC) composed of representatives from the national government and CBA-CPLA, now known as "Ka-Bodong," unanimously declared their desire to free the Cordillera region from the threat of the CPP-NPA and other lawless elements.

He reiterated President Rodrigo Duterte's wish to casualties due to clashes between government forces and the communist group.

"The National Task Force to End Local Communist Armed Conflict (NTF-Elcac) which he leads have been provided with P16 billion fund for development projects because barangays that were in the poverty status because of being marginalized will have the opportunity to develop," Galvez said.

"This initiative by Procor is good because this is a way for them (CPP-NPA) to feel that they are not welcome in all the communities not only in CAR but in other areas of the country which would show that the people in the community are fed up. For us that have been with the military for a long time know that the use of death, the military or the police is not the solution for development but through peace initiatives," Galvez added.