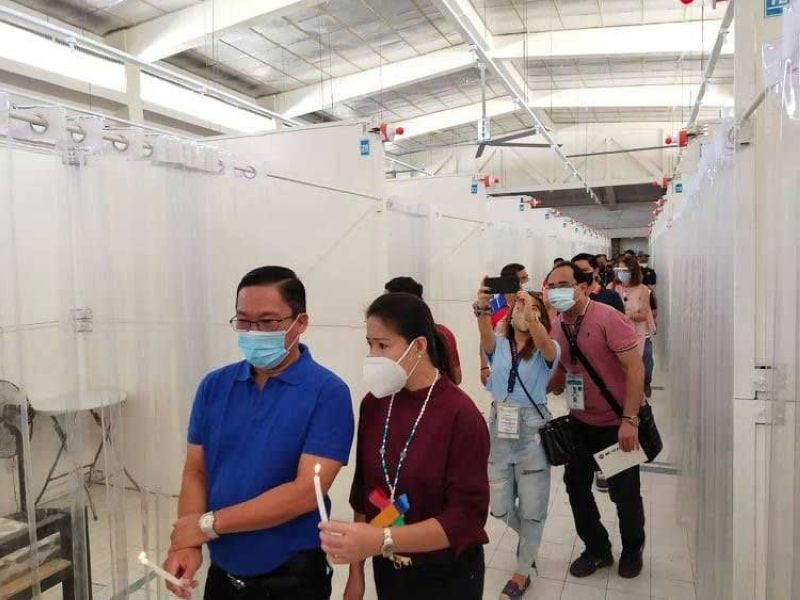 THE Department of Public Works and Highways (DPWH) Central Visayas has turned over isolation facilities for Covid-19 patients and dormitories for medical frontliners to the city governments of Cebu and Mandaue on Friday, Oct. 23, 2020.

In Cebu City, DPWH 7 officials turned over about P125 million worth of isolation facilities and dormitories to the City Government.

The facilities were constructed near the Cebu City Quarantine Center (CCQC) in the North Reclamation Area.

The DPWH 7 turned over a P84 million isolation facility, which has 16 rooms and P41 million off-site dormitories for medical personnel.

Yvonne Cania, CCQC administrator, said the facilities constructed and funded by DPWH 7 will be help medical frontliners who are assigned at the CCQC.

Each room has a double-deck bed, hot and cold shower, comfort room, laundry room and kitchen. Most of the rooms are air-conditioned.

Following the turnover, Labella ordered Cania to create guidelines for those who will be using the off-site dormitories.

While those assigned at the CCQC and at the Cebu City Medical Center (CCMC) are given priority to live in the off-site dormitory, Cania said they are open to allow those working in other hospitals to live there.

The DPWH 7 also turned over the Mandaue City Isolation Center located at the former Cebu North Bus Terminal on A. Logarta St. in Brgy. Subangdaku on Oct. 23.

Although the number of cases in Mandaue City is declining, Mayor Jonas Cortes is grateful for the project as they still need to prepare for what’s to come, particularly the resurgence of cases.

Phase one of the facility can accommodate 60 patients.

Each cubicle of the facility has an electric fan, table, bed, pillow and blanket. It can accommodate one patient.

Each cubicle has a panic button, which can be used whenever the patient needs assistance from the health workers.

The cubicles occupy the first floor, together with the shower and comfort rooms for patients.

The facility also has quarters located on one side of the facility for the health workers.

One room of the health workers’ quarters is overlooking the patient’s cubicles so they can easily monitor patients.

There’s also a CCTV room where CCTV footage can be monitored. Beside it is the dressing room and disinfecting area where health workers can get ready before they enter the facility.

In a separate interview, John Eddu Ibañez, the executive secretary of Cortes, said they will start transferring the remaining 30 patients admitted in the isolation center in Mandaue City Central School to the facility within this month or early November.

After the transfer, complete disinfection will be done in the school before the teachers use it.

Meanwhile, after the pandemic, the city also plans to use the former Cebu North Bus Terminal lot as a government center for Brgy. Subangdaku, where a barangay hall, fire station, and police station will soon rise. / PAC, KFD / JKV