Finding a new path amid the pandemic 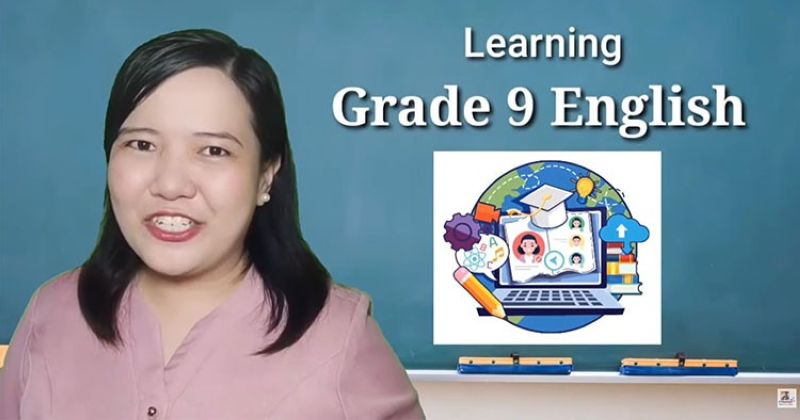 AS THE Covid-19 pandemic still remains a threat, several adjustments had to be made, particularly in the education sector.

This was evident as the Department of Education (DepEd) ensured the continuation of education through the "new normal" approach called blended learning.

Christine Joy Cabahug, an English teacher at the Davao City National High School, who had been in the profession for a long time, found newness in the current teaching mode, saying it is still a "period of adjustment" on the teacher's part.

While some saw the pandemic as a downside, this was a new chapter to her career.

Cabahug may be a teacher by profession, but her voice projection during class can be likened to professional radio disc jockeys, news anchors, or even a voice talent for a commercial.

But she admitted it was never in her wildest imagination to teach in front of the camera.

When DepEd started hiring teachers for Deped TV Channel, the education department's broadcasting arm as part of its distance learning modalities, she was quite hesitant as she was quite "camera shy".

But lately, during the new normal setup, she said teachers, including her, had been exposed to different web seminars or webinars, including webinar hosting.

"So I was called up by my Education Program Supervisor in DepEd Davao City to take the challenge of becoming a webinar host," Cabahug said, citing that experience as a practice to overcome her shyness.

Eventually, her webinar hosting had been her portfolio as her peers had pushed her to audition for DepEd TV.

At first, due to her busy schedule, she did not push through to the second batch of the audition since she lacked time to prepare -- including preparing the lessons, shooting and editing the video herself, and presenting it to DepEd for submission.

As a teacher-broadcaster, Cabahug admitted it was a huge adjustment for her part.

But unlike in the normal classroom setting wherein she is delivering the lessons to her students, she said, as an on cam teacher, adjustments must be made.

"I was advised to focus on the lessons, focus on how I deliver it, and speak what's within my heart to be more convincing," Cabahug shared.

Deep inside, she said there was excitement as she prepared to be in front of the camera, but she admitted that it is nerve-racking, as she will not only be lecturing in front of her students but to all students in the entire country.

In preparation, she said she is currently preparing herself through a series of workshops, including the nitty-gritty of production.

Since she will be more than a teacher, she said she needs to step up her game as an on-cam personality.

"Before, we would only be preparing the lesson plans, test papers, and other visual aids for the classes. Now, as a teacher broadcaster, we have to learn the tricks and trade in front of the camera: from personality development, how we look on screen, how we deliver our spills, and also we need onscreen branding -- meaning my niche as an onscreen, which will retain to the viewers," she said.

What she will not forget during the workshops is being guided by notable TV hosts, including veteran journalist Jessica Soho.

Despite this advancement in her career, she said her teaching stint is still her main priority. Since the resumption of classes last October 5, she personally admitted that she is still not used to seeing her students on screen from the usual face-to-face teaching.

Currently, she is confined to their respective desks at the faculty office. One of the main challenges during her online classes is the internet connection.

Cabahug said she had set up a backup for her students who will lose their internet connection during the classroom discussion. All of the PowerPoint presentations and other lessons for the day are uploaded on the Google Classroom and YouTube account she personally created for her students.

Aside from the internet connectivity, Cabahug said the noise adds up to the challenges, as her fellow teachers in the faculty room are also conducting their online classes.

Cabahug admitted that the "new normal" classroom setup is an additional task at hand. Aside from preparing the lessons, she said teachers are also tasked to assist their students and parents who have difficulty in adjusting to the online learning and preparing for the distribution of modules in the next batch of lessons.

She also said teachers are also assisting their fellow teachers, especially the older ones who are not tech-savvy.

"It is a very challenging time for education. Aside from helping our students, we are also helping each other," Cabahug said, saying that no one should be left behind since all teachers share the goal of ensuring their students will be able to learn despite the hardships.

The hardships had even made her more devoted to her profession.

"As a teacher, we have a huge role in paving our student's future despite the pandemic. Despite the challenges, it is our task to ensure that no students are left behind," Cabahug said.