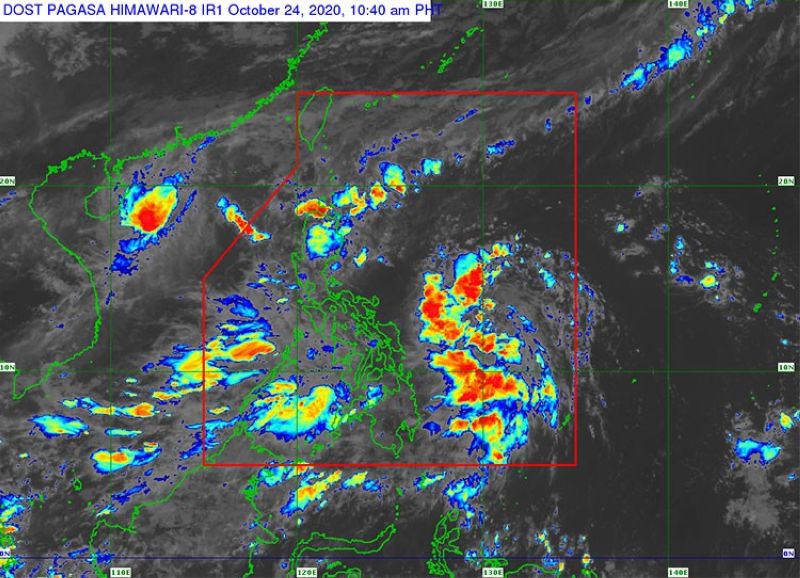 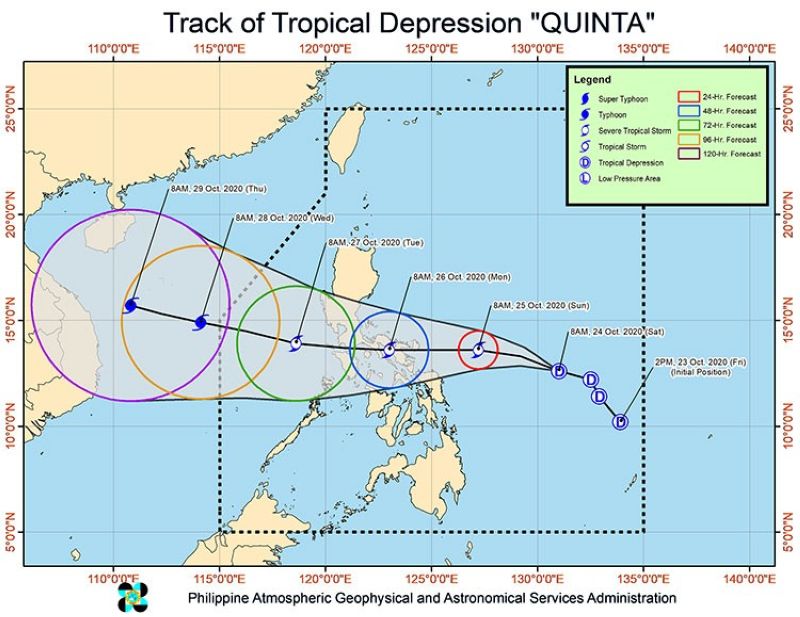 It added that areas under TCWS 1 will experience strong to near gale-force winds, while strong to gale-force winds associated with a northeasterly surge will also be experienced over Batanes, Babuyan Islands, and the northern coastal areas of Ilocos Norte and mainland Cagayan.

The center of Quinta was forecast to make landfall over Bicol Region between Sunday evening and Monday morning, then track westward over the Southern Luzon area on Monday.

"After crossing the Philippine archipelago, this tropical cyclone may continue intensifying over the West Philippine Sea," said Pagasa.

Today, October 24, Pagasa said the troughs of both Quinta and Severe Tropical Storm Saudel outside the Philippine area of responsibility (PAR) will bring light to moderate with at times heavy rains over Mimaropa, Bicol Region, Visayas, Zamboanga Peninsula, Bangsamoro, Northern Mindanao, and Caraga.

"Moreover, a stationary front currently extending over extreme northern Luzon associated with the northeasterly surge will bring moderate to heavy rains over Cagayan Valley and the northern portions of Apayao and Ilocos Norte," the weather bureau added.

Pagasa also issued gale warning over the seaboards of northern Luzon, and the western seaboards of Central Luzon, Batangas, Occidental Mindoro, and northern Palawan, including Calamian and Kalayaan Islands due to rough to very rough seas. "Sea travel is risky over these areas, especially for small seacrafts," it said.

It added that moderate to rough seas will also prevail over the western seaboard of southern Palawan and the eastern seaboards of Central and Southern Luzon.