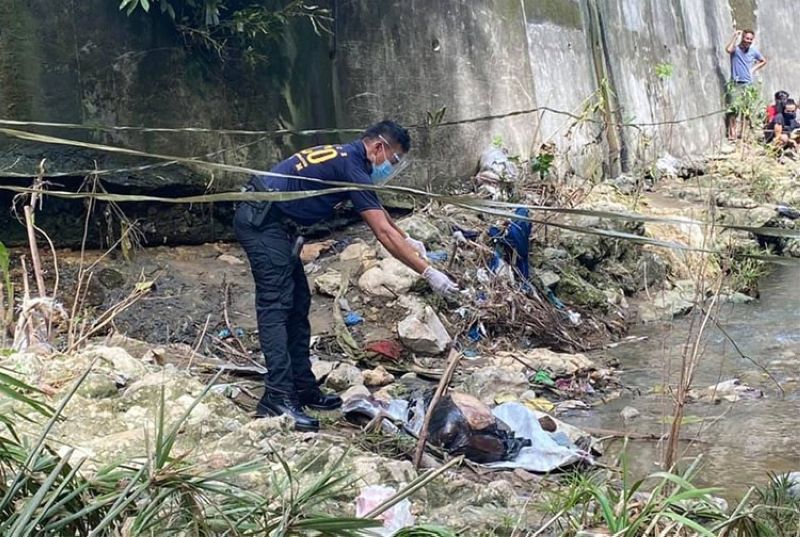 CEBU. A Scene of the Crime operative checks the body that was found in a creek in Barangay Talamban, Cebu City on Saturday, October 24, 2020. (Benjie R. Talisic)

A BODY of a woman was found in a creek in Sitio Kalubihan, Barangay Talamban, Cebu City Saturday morning, October 24, 2020.

Police believe the body, which was placed in a sack and was already in a state of decomposition, was just dumped in the area.

Police Captain Jonathan Taneo, chief of the Talamban Police Station, said they could not identify the body as its head, arms and legs were chopped off.

Scene of the Crime Operatives who responded to the area did not also find pieces of evidence that could help identify the body.