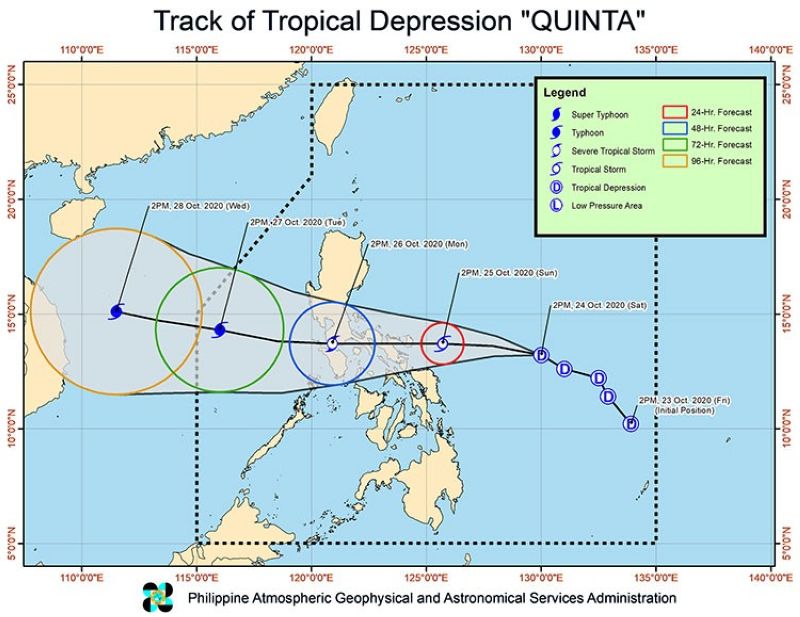 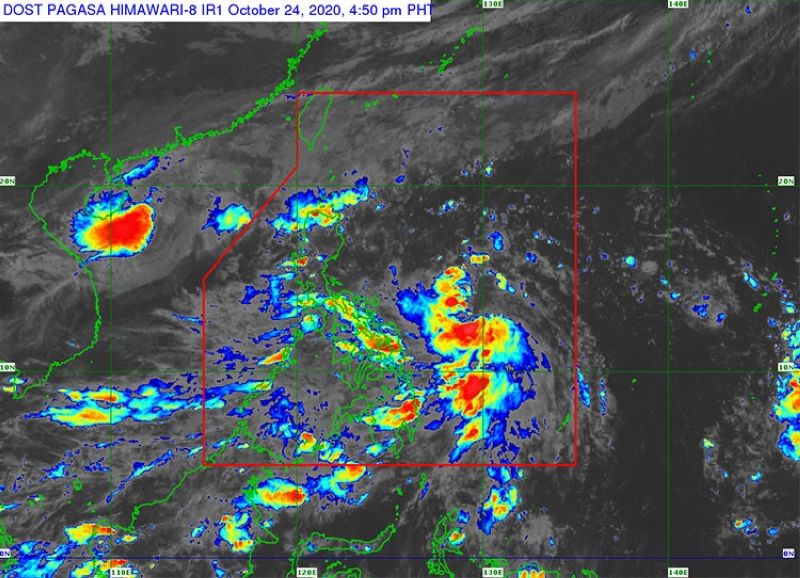 The Philippine Atmospheric, Geophysical and Astronomical Services Administration (Pagasa) said Quinta has maintained its strength and will move generally west-northwestward Saturday, then will turn westward Sunday morning through Monday, October 26.

The center of Quinta, which was located at 610 kilometers east of Juban, Sorsogon as of 4 p.m. Saturday, was forecast to make landfall over Bicol Region between Sunday evening (October 25) and Monday early morning (October 26), then track westward over the Southern Luzon area on Monday.

As of 4 p.m. Saturday, Quinta was packing maximum winds of 55 kilometers per hour (km/h) near the center and gusts of up to 70 km/h.

"After crossing the Philippine archipelago, this tropical cyclone may continue intensifying over the West Philippine Sea," it said.

The weather bureau warned residents in areas under TCWS Number 1 against strong to near gale-force winds "within 36 hours of first raising of the wind signal."

It also said that TCWS Number 1 might also be raised over Metro Manila, Cavite, Batangas, Laguna, Rizal, Mindoro Provinces, Romblon, and the rest of the municipalities of Quezon Saturday evening.

"Strong to gale-force winds associated with the northeasterly surge will be experienced over Batanes, Babuyan Islands, and the northern coastal areas of Ilocos Norte and mainland Cagayan," Pagasa added.

Tropical Storm Pepito (Saudel), meanwhile, was also located outside the Philippine area of responsibility as of 4 p.m. Saturday. It was still packing maximum winds of 100 km/h near the center and gusts of up to 125 km/h.

Pagasa said Pepito is moving west-northwestward at 15 km/h and is heading toward the central portion of Vietnam. (LMY/SunStar Philippines)