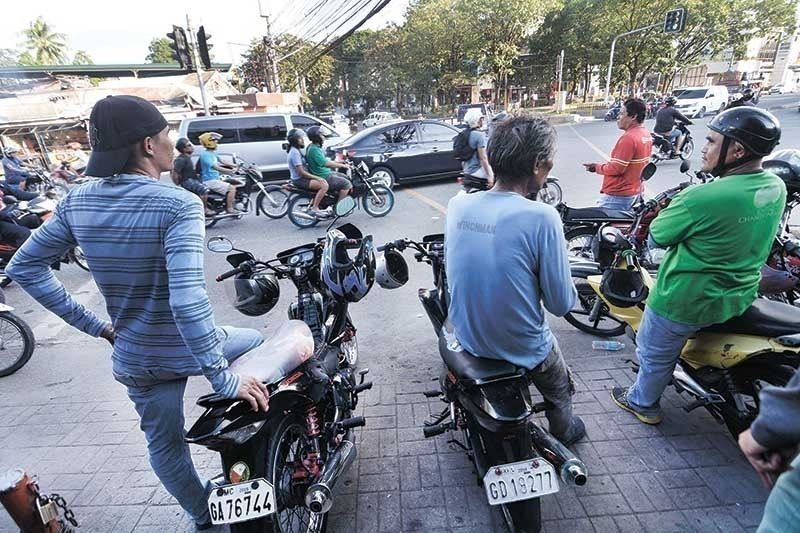 EVEN though the Inter-Agency Task Force on Emerging Infectious Diseases recently gave the green light for the motorcycle taxi pilot study to resume, Cebu City Mayor Edgardo Labella has yet to decide whether to allow them back on the streets.

It will depend on guidelines to be promulgated by the transportation agencies, Labella said.

However, if he allows their return, he wants passengers to bring their own helmet. It’s too risky having different passengers use only one helmet, he said.

He also wants the barrier separating the passenger and the driver to be sufficient, considering that social distancing cannot be implementing in motorcycle taxis.

In Mandaue City, Arnold Malig-on, Traffic Enforcement Agency of Mandaue (Team) operations head, said they are waiting for the City Government to give the go-ahead.

Before the pandemic, motorcycle taxis were allowed to operate as long as these had Team clearance and a business permit from the Business Permit and Licensing Office, he said.

He said his office will also require safety barriers to be installed on motorcycle taxis once these are back on the streets.

In the meantime, motorcycle taxi drivers who are caught operating will be apprehended.

Mayor Jonas Cortes’ executive secretary John Eddu Ibañez, in a text message, said the mayor will meet with the City Council and barangay captains next week to discuss the matter.

“We will decide after the discussion because this matter has to be discussed with the implementers on the ground,” Ibañez said in a mix of Cebuano and English. (JJL, KFD)