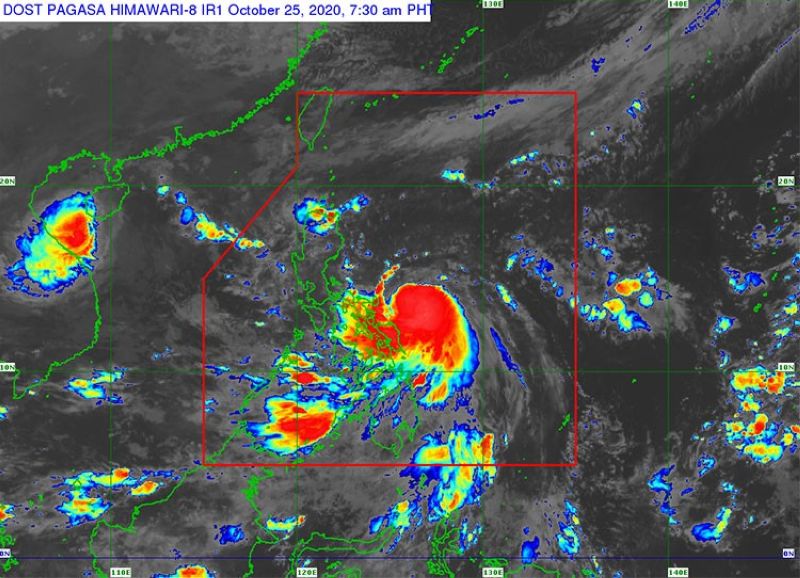 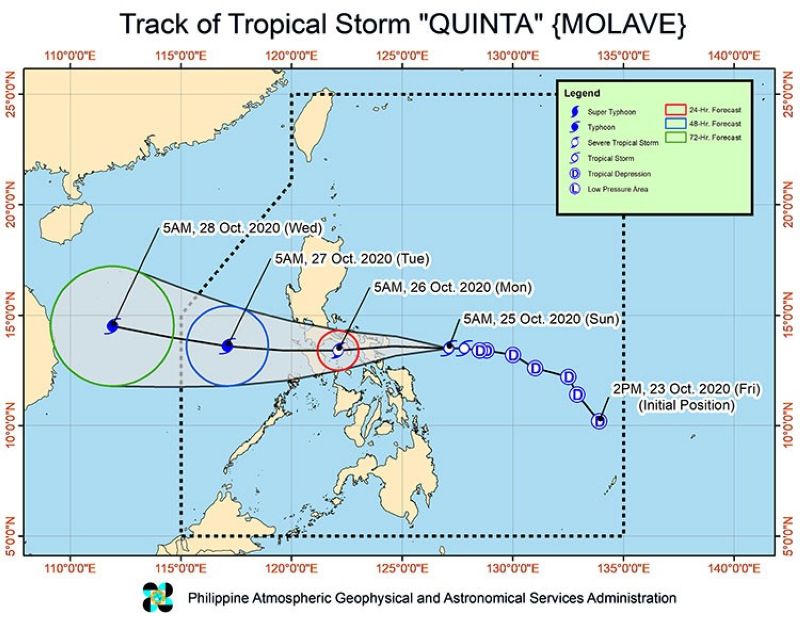 TROPICAL Cyclone Wind Signal (TCWS) Number 2 has been raised in several areas in the country, particularly in Luzon and Visayas, as "Quinta" intensified into tropical storm as it moved closer toward the Catanduanes-Albay-Sorsogon area Sunday, October 25.

As of 7 a.m. Sunday, the eye of the storm was located at 265 kilometers east of Virac, Catanduanes, with maximum sustained winds of 75 kilometers per hour (km/h) near the center and gusts of up to 90 km/h. It was moving westward at 20 km/h.

Pagasa said Quinta may further intensify prior to landfall over Bicol Region.

"The possibility of Quinta making landfall as a severe tropical storm is still not ruled out," it said.

It added that after crossing the Philippine archipelago, Quinta will continue to intensify over the West Philippine Sea, reaching typhoon category by Tuesday evening.

In other areas, strong breeze to gale conditions will also prevail over Batanes, Babuyan Islands, and the northern coastal areas of Ilocos Norte and mainland Cagayan due to the northeasterly surge, it said.

The weather bureau also said that today, October 25, rough to very rough seas will prevail over the entire seaboards of northern Luzon and the seaboards of Aurora, Zambales, northern Palawan including Calamian and Kalayaan Islands, and all areas under TCWS 2 and 1.

"Sea travel is risky over these waters, especially for small seacrafts," it added. (LMY/SunStar Philippines)