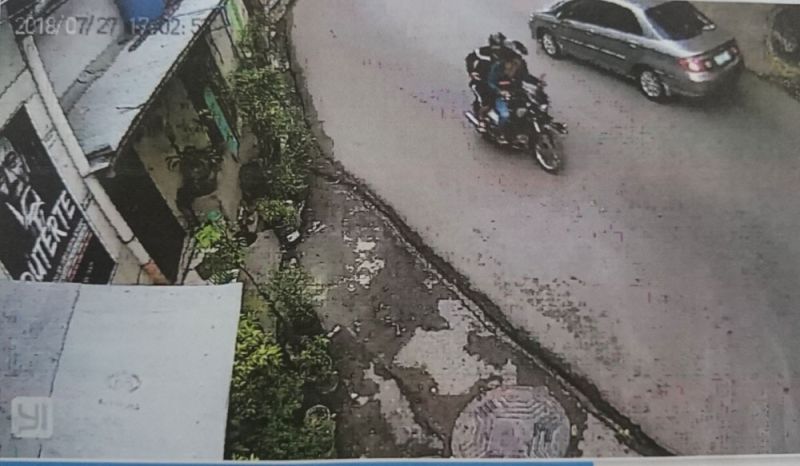 CEBU. Two men on a motorcycle suspected of gunning down a PDEA agent in Cebu City in 2018 are caught on security camera. (File)

CRIME incidents by motorcycle-riding perpetrators dropped by 57 percent in the last seven months, as the government strictly implemented security and health safety measures against the coronavirus disease 2019 (Covid-19) pandemic.

Lieutenant General Guillermo Eleazar, Philippine National Police (PNP) deputy chief for administration, said such incidents went down to 784 cases during the 220-day community quarantine from the 1,846 cases before the quarantine.

“In the past, motorcycle-riding criminals were a big peace and order headache. But we were able to counter their illegal activities in the past four years especially in the past seven months,” said Eleazar.

He said crimes by motorcyle-riding perpetrators went down to an average of eight cases nationwide just before the quarantine and further decreased to four during the quarantine.

“So there was really a significant improvement not only in illegal activities of motorcycle-riding suspects but also (in) the peace and order situation nationwide,” Eleazar said.

For cases of murder involving motorcycle-riding suspects (MRS), Eleazar said there was a 41 percent reduction to 300 from 505 cases.

“For more than seven months, these criminal elements were also forced to quarantine. But with the easing of restrictions and as more people were allowed to go out, they were given the opportunity again but these incidents are still low. However, we are not putting our guard down and we will continue to implement strategies to run after them and deny them the opportunity to strike,” Eleazar said.

Meanwhile, in response to the order of President Rodrigo Duterte, PNP Chief Camilo Cascolan has already ordered the training of more policemen in motorcycle riding as part of anti-criminality measures.

“These are but the aggressive measures that we are doing to maintain the biggest decline in criminal activities that we have been achieving for more than seven months now. And we will not allow motorcycle-riding criminals and all the criminal elements to normalize their illegal activities,” said Eleazar. (SunStar Philippines)