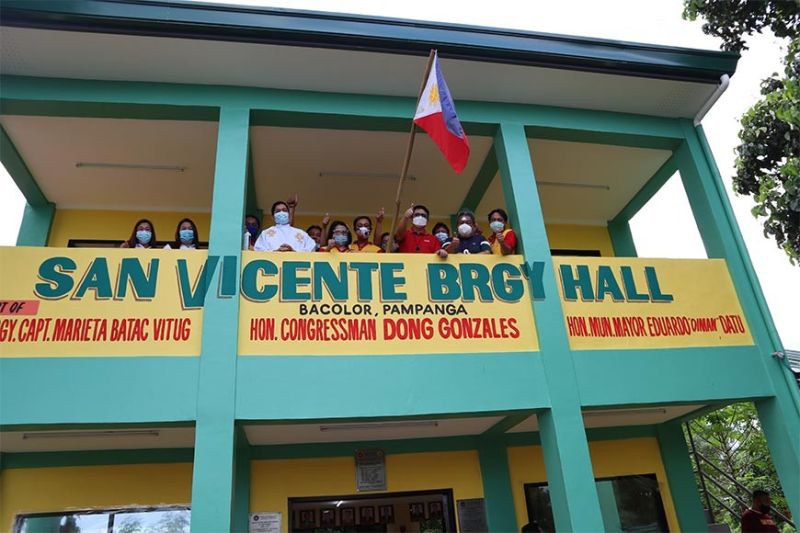 THIRD District Representative Aurelio “Dong” Gonzales recently led the inauguration of two public buildings in Barangay San Vicente, Bacolor with the firm assurance that the full rehabilitation of the town is well on its way.

Gonzales, joined by Mayor Eduardo “Diman” Datu, led the inauguration of San Vicente Barangay Hall and San Vicente Multi-Purpose Building, which were constructed through the effort of the lawmaker. Each of the buildings is a two-story facility constructed at P1.7 million.

The new barangay hall houses the new offices of barangay officials, as well as adequate space for meetings and indoor events. The multi-purpose building was constructed for use in different functions of the barangay and the town.

“This is our commitment to the people of Bacolor that we aim to fully rehabilitate its infrastructure and public facilities,” Gonzales said. Gozales is known for authoring the Bacolor Rehabilitation Act that aims to rehabilitate the once lahar-ravaged town.

Gonzales bared plans for further developments in the town, as well as a planned housing program.

Datu lauded the congressman for his support including the facilitation of the construction of the new barangay hall and covered court in Barangay San Antonio.