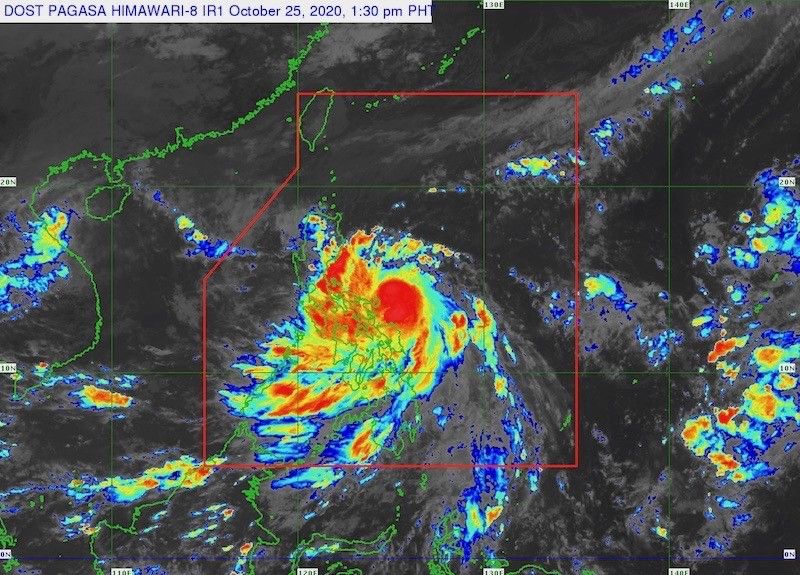 In an advisory issued at 5 p.m. Sunday by Albay Governor Al Francis Bichara, who also heads the PDRRMC, the council said the suspension of classes and work in both public and private sectors is intended to allow communities and the government to repair any damage that the storm may cause.

As of 3 p.m., Pagasa said the typhoon was packing maximum sustained winds of 130 kilometers per hour (kph) near the center and gustiness up to 160 kph. It was still moving westward at 25 kph.

The following areas remained under TCWS no. 2 (61 to 120 kph winds prevailing or expected in 24 hours):

TCWS no. 1 (30-60 kph winds prevailing or expected in 36 hours) was hoisted over the following:

As of 5:10 p.m., the National Disaster Risk Reduction and Management Council (NDRRMC) said an orange rainfall warning has been issued for the provinces of Albay, Camarines Sur, Sorsogon, Catanduanes, Northern Samar and Palawan.

Intense rains, floods and landslides are possible in these areas, the council said.

The Philippine Information Agency (PIA) in Catanduanes said 262 individuals or 52 families were evacuated as of 10 a.m. Sunday.

Pagasa also warned of storm surge of one to two meters in the coastal areas of Northern Samar, Bicol Region, and the central and southern portions of Quezon.

Sea travel is risky over these waters, especially for small seacraft.

Moderate to rough seas (1.2 to 2.8 m) will be experienced over the other seaboards of the country Sunday. (MVI/SunStar Philippines)
< Previous PageNext Page >