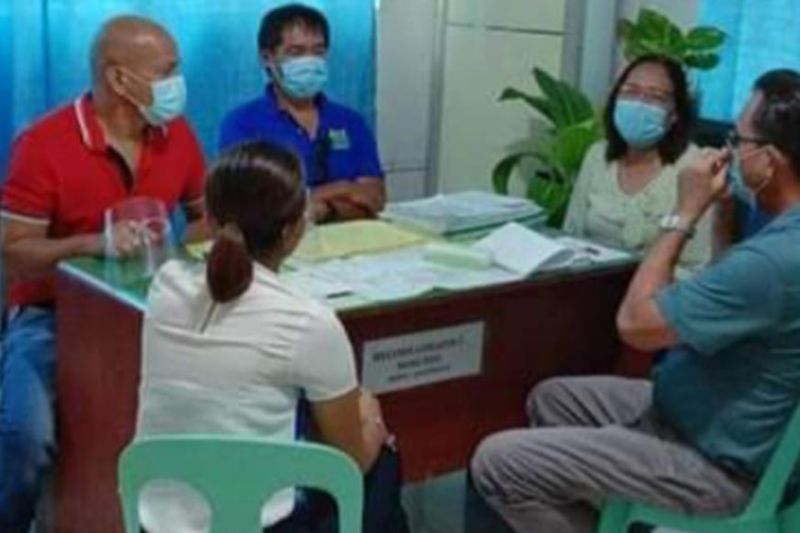 BACOLOD. Mediation between personnel of DAR-Negros Occidental I and those of Wutrich Hermanos Inc. for the coverage of about 127-hectare land in Calatrava town recently. (Contributed Photo)

The mediation is part of the agency's effort to continuously provide social justice to its farmer-beneficiaries and other stakeholders, as well as to cover landholdings through the Comprehensive Agrarian Reform Program (Carp).

"We have convinced the landowners to shift the processing under regular coverage leaving no margin of doubt," she said, adding that the DAR will conduct a resurvey activity in the property as soon as they receive the official communication from them.

The mediation activity involves the property owned by Wutrich Hermanos Inc. with a total land area of 127.0504 hectares situated in Barangay Buenavista in the northern Negros Occidental locality.

It was attended by the management team of the corporation along with their legal counsel, DAR officer-in-charge Chief Agrarian Reform Program Officer for Land Tenure Improvement Angel Belga, Legal Officer Melvin Bustamante and Administrative Order (AO) No. 9 Series of 2011 unit representative Hydie Pasiosane.

The AO No. 9 sets the rules for the survey and/or filed investigation of landholdings where the DAR and the Landbank of the Philippines are denied entry.

Section 2 of the order states that a survey and/or field investigation will be considered problematic if the authorized surveyor or members of the field investigation team are unable to carry out the prescribed survey activities or field investigation for land acquisition due to external actions or factors, without any undue provocation from them, such as force, threat, violence, or harassment which pose an actual or imminent danger to their persons or property

Provided, the landholding concerned has been issued a valid Notice of Coverage in accordance with the pertinent rules.

It shall also include situations involving the outright or implicit refusal of the landowner, administrator or actual occupant of the landholding regardless of the presence of violence or threats of violence to allow the entry of field personnel to conduct the above activities after due notice.

Meanwhile, the mediation activity was conducted as part of the process of Land Acquisition and Distribution under the Comprehensive Agrarian Reform Program Extension with Reforms.