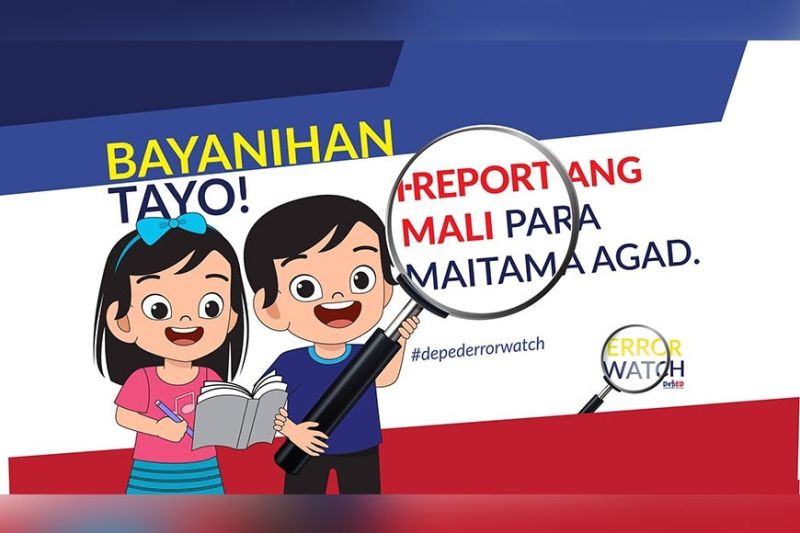 THE Department of Education-Davao Region (DepEd-Davao) launched its own “Error Watch” initiative to correct errors in students’ learning materials.

DepEd-Davao Spokesperson Jenielito Atillo said on Friday, October 23, during a virtual presser the initiative was in response to errors reported in its learning materials, where some netizens have even posted in social media.

"DepEd is trying its best to respond to all of this, that is why we opened the 'Error Watch' para makita ug mahibaw-an nato ang sentimyento sa tao bahin sa module (so that we would see and hear the sentiments of the public with regards to the module)," Atillo said during the One Davao on Covid-19 virtual presser.

The DepEd official said the "flooded" social media post of the errors in the module had led the department to launch its own regional initiative, which was ordered by the DepEd central office.

Atillo said “Error Watch" will be a direct channel for parents, students, and other concerned citizens to report modules with factual errors, computational errors, format (font and illustration), printing errors (colors) and sorting of pages, spelling and punctuation, typographical errors, and grammars and syntax.

He previously urged netizens to report errors directly to their office and not post it on social media for them to take action.

He also questioned the legitimacy of some posts, which have been the subject of some memes, as the image source is unidentified.

"Wala man ta nanghugas kamay (We are not washing our hands.) But the point is before it reaches social media, the most appropriate thing to do is inform DepEd, or the schools nga inyong mga bata enrolled (where the students are enrolled)," Atillo said.

Meanwhile, DepEd Undersecretary for Administration Alain Pascua said in a virtual presser that the Error Watch initiative will make use of three platforms for reporting, which will validate errors for immediate and proper correction.

Pascua said the public are advised to use the hashtag #depederrorwatch when submitting reports.