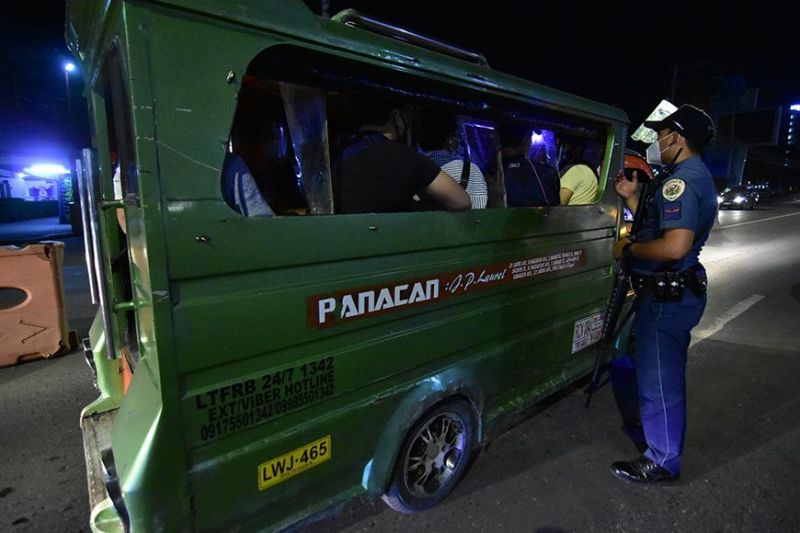 AN OFFICIAL from the Davao City Public Safety and Security Command Center (PSSCC) said the city will be stricter at checkpoints to ensure that those who will be on the streets during curfew hours are only those exempted by the city government.

Curfew-exempted workers, he said, are reminded to bring their valid company ID or other documents, to be presented during checkpoints.

He also said the deployed security personnel are given the right to scrutinize the workers’ presented IDs and the nature of their work to determine if they indeed belong to exempted from the curfew as some workers might be taking advantage of the exemptions granted to them by the city.

"Naa man gud uban basin maglaroy-laroy tapos di nato ma-apprehend kay tungod exempted man sila sa curfew. So we need to be more strict kung kinsa lang dapat ang naa sa dalan (There might be instances that we won’t be able to apprehend those who are loitering as they are taking advantage of the exemption given by the city. We need to be strict on those people who should only be on the streets during curfew)," Sumagaysay said.

Based on a report from DCPO, Sumagaysay said the local police were able to apprehend at checkpoints some individuals who presented invalid or fake IDs.

More than a week since the curfew was reimposed, Sumagaysay said the public in general is already aware and has adjusted to the curfew, although there are still a number who are not yet fully informed.

Sumagaysay emphasized that the imposed curfew is part of the city’s strategy of regulating the movement of the people to further curb the spread of the Covid-19.

However, the city expanded the list of specific sectors and individuals exempted from the curfew through EO 55-A.

In the city’s first release, those exempted from the curfew are the following: all government workers who are on duty during curfew hours; all private office and establishment employees who time in and time out of work within the curfew hours including their drivers, this shall mean to include their travel to and from their residence; all medical doctors and veterinarians who need to work; workers of public utility companies (energy, water, internet, etc.) and their contractors, sub-contractors and other suppliers conducting construction, maintenance or emergency activities; and subsistence and business fishing activities, their vessels are subject to lawful inspection by the Maritime Police, Task Force Davao, Navy or Coast Guard if there is a reasonable belief that there is illegal activity or unlawful materials in the vessel.

In the amended EO, the City has extended the list of exempted sectors to include individuals attending the wake of a family member; priests, imams, pastors, and other religious ministers conducting funeral/burial prayers or administering the last rites of a dying person; public utility vehicles; agricultural and non-agricultural cargo; food delivery services; airplane passengers traveling to and from the airport; market suppliers, deliveries and vendors; travelers going out or passing through the city; all medical, emergency and disaster cases, including the purchase of medicines, medical supplies and equipment; and patients, their assistant and driver going to and from the hospital, chemotherapy center, dialysis center, and other medical treatment, therapy, and rehabilitation service.