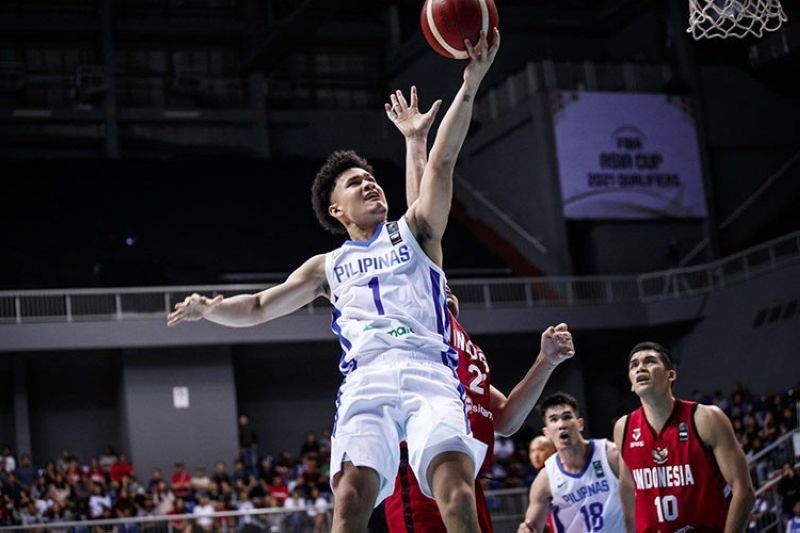 FIBA announced that Group A, which includes the Philippines, will be playing its next set of games in the FIBA Asia Cup 2021 Qualifiers, in Bahrain. With the PBA players unavailable, amateur stars like Juan Gomez de Liano might be tapped to represent the country. (FIBA photo)

The Gilas Pilipinas men’s national basketball team will be heading to the city of Manama in Bahrain to compete in its next set of games in Group A action of the FIBA Asia Cup 2021 Qualifiers.

FIBA, the world governing body for the sport, made the announcement on Sunday. Aside from Manama, also hosting games are the cities of Doha in Qatar and Amman in Jordan.

Teams from Groups A and D will be competing in Manama. The Gilas are in Group A along with Korea and Indonesia. Group D teams include Bahrain, Iraq, Lebanon, and India. Gilas has a 1-0 (win-loss) record in its group after its 100-70 drubbing of Indonesia last February.

However, the Gilas finds itself in a pickle with regards to player availability as the FIBA games’ schedule is in conflict with the PBA Philippine Cup, which means no PBA players will be available for the meet.

This means the Samahang Basketbol ng Pilipinas (SBP) has to scramble to form a roster, find a head coach, and prepare for the competition in less than three weeks.

FIBA explained that reasons for choosing the said cities, saying, “The most important criteria in choosing the hosts were health and travel guarantees and compliance with FIBA health protocols, including testing and controlled entry into a secure environment. “

The exact schedule of games will be confirmed later.

The decision to play both windows in bubbles, instead of home and away games, for men's competitions, was confirmed by the FIBA Executive Committee in September after taking into consideration the health and safety of players, coaches, and officials, and following a recommendation from the Medical and Competitions Commissions. (JNP)