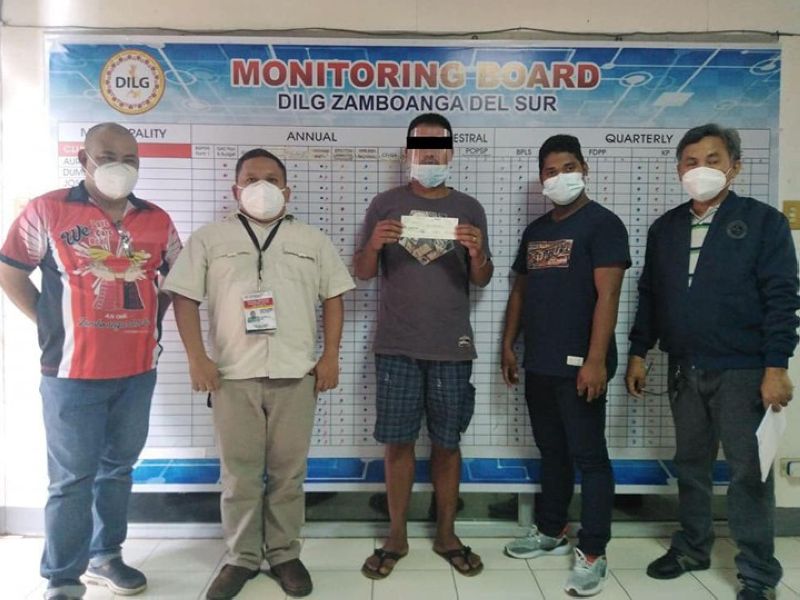 ZAMBOANGA. The government, through the Enhanced Comprehensive Local Integration Program, continues to give livelihood assistance to former members of the New People's Army (NPA) who surrendered to live a new life. A photo handout shows another former NPA member (center) receives assistance from the government, through the Department of the Interior and Local Government. (SunStar Zamboanga)

Lieutenant Colonel Jo-ar Herrera, commander of the 53rd Infantry Battalion (IB), did not release the identity of the beneficiary for security reasons but said he is one of the NPA rebels who surrendered to the command in the province of Zamboanga del Sur.

Herrera said the former NPA member received P50,000 livelihood assistance and P15,000 immediate cash assistance, for a total of P65,000. The aid was released Friday, October 23, at the Zamboanga del Sur provincial office of the Department of the Interior and Local Government (DILG).

The beneficiary of the assistance has undergone orientation on how to use the financial aid intended for their development.

The orientation is being done by the DILG and the provincial office of the Social Welfare and Development Office.

Herrera said the program aims to encourage NPA members who are still in the hinterlands to restore their allegiance with the government and to avail themselves of the E-Clip and other government programs and initiatives.

E-Clip is just one of the government programs intended for the reintegration of former NPA rebels to the mainstream society.

The livelihood assistance was given through the DSWD's Sustainable Livelihood Program and the beneficiaries are former NPA rebels who surrendered to the Army's 53rd Infantry Battalion. (SunStar Zamboanga)