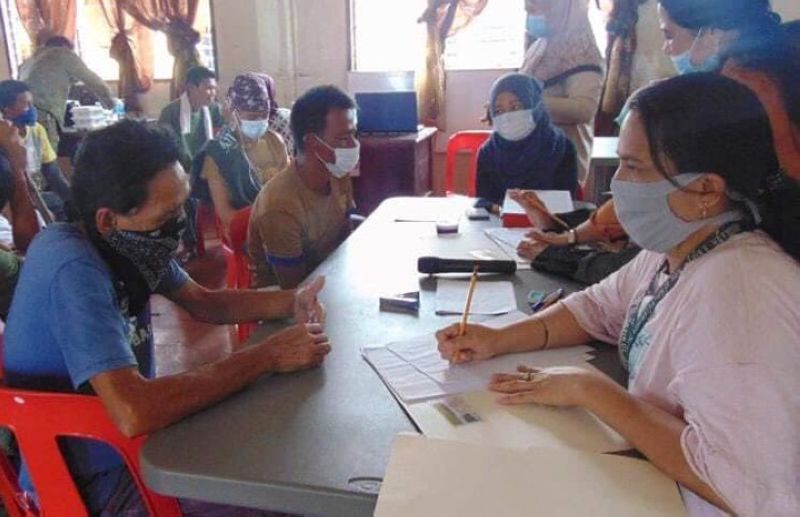 Brigadier General Ignatius Patrimonio, commander of the 1102nd Infantry Brigade, said the late birth registration was done to address the problem of most former Abu Sayyaf bandits who do not have any official documents, which consequently disqualifies them from availing themselves of livelihood and other programs of the government.

Patrimonio said it is an initiative of his command to strengthen the monitoring system of the MTF-Elcac to all former members of the ASG in the municipality of Patikul.

Mayor Kabir Hayudini said that "as the father and mayor of Patikul," he is so elated that the bandits have decided to return to the folds of the law.

"We welcome you with open hearts and we will do what we can in order to help get you back to your normal lives. With a document like your birth certificate, you will have a better access to all available programs of our government and other non government organization," Hayudini said.

He said the government is sincere of rehabilitating and helping the former Abu Sayyaf bandits to return to and live peaceful lives.

"Our efforts for the former rebels (former ASG members) doesn't stop on the day they have laid down their arms. Our help extends from providing security up to their full recovery physically, psychologically and even economically. That is how sincere we are in helping them though once upon a time they were our enemies," Patrimonio said.

The Joint Task Force Sulu said earlier that 344 Abu Sayyaf bandits have surrendered in Sulu since 2017.

Of the total, 217 have availed themselves of the livelihood assistance and 127 are yet to be enrolled in the government's social integration program. (SunStar Zamboanga)