'Pepito' destroys P1.5M worth of palay 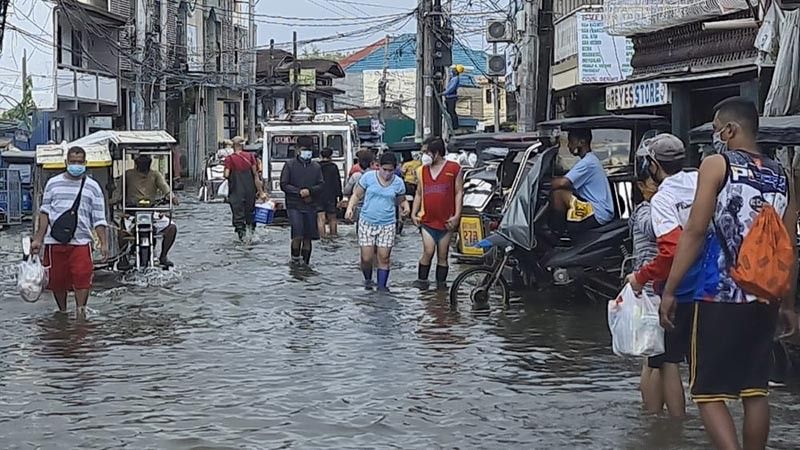 WATER WORLD. Residents of Macabebe, Pampanga brave flood waters caused by heavy rains as the MDRRMO reported that 21 out of the 25 barangays in the 4th district town are flooded due to tropical cyclones Pepito and Quinta. (Chris Navarro)

SOME P1,576,510 worth of palay (unhusked rice) was destroyed by the rains and flooding brought by Tropical Storm Pepito, and local officials project more as reports come in from areas affected by Typhoon Quinta.

Reports from the Office of the Provincial Agriculturist said that of the P1.5 million damages, P229,950 came from Magalang town while San Simon had the most damage at P1,346,560.

Rains and flooding had come just at the end of the current wet cropping season. Reports from other towns in Pampanga have yet to be collated.

According to the latest report of the Provincial Disaster Risk Reduction and Management Office, 49 barangays in Pampanga are still flooded. These include two barangays in Apalit, one in Candaba, 20 in Macabebe and 26 in Masantol.

Some 22,579 families or 108,224 persons are affected by the flooding in Macabebe and Masantol alone.