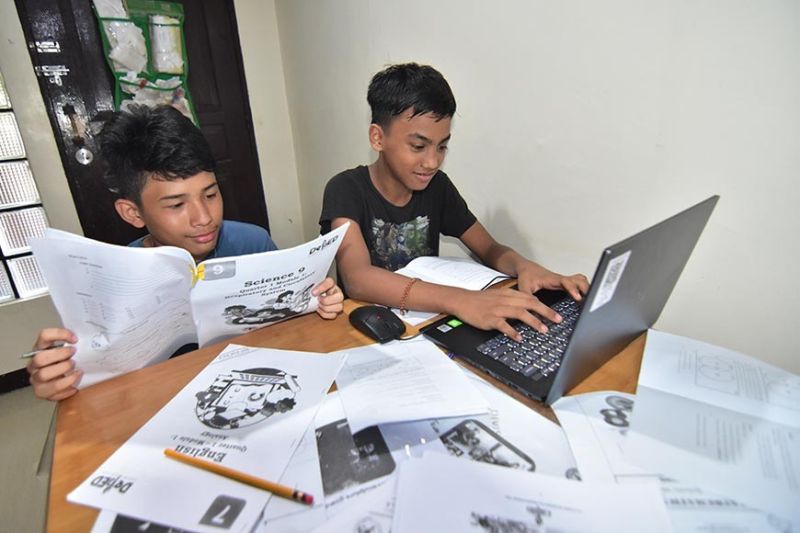 DAVAO City Mayor Sara Duterte-Carpio called the attention of the Department of Education (DepEd) to help in monitoring students after receiving reports that some were caught strolling outside their residences during class hours.

"Manawagan mi sa DepEd, ang inyong mga estudyante nag suroy-suroy. Daghan kaayo ko'g nakita nga mga senior high school or college looking students nag-gimik (We would like to inform DepEd that some of the students have been going out of their homes. I saw some senior high school or college looking kids who have been meeting together). Please do something about your attendance sa klase or modules sa mga estudyante especially during class hours)," Duterte-Carpio said in an interview via 87.5 FM Davao City Disaster Radio.

The mayor also revealed that law enforcement officers were able to apprehend in Buhangin a number of minors, most of whom were students, who were caught loitering outside their residences.

Meanwhile, in a memorandum forwarded by DepEd Spokesperson Jenielito Atillo to SunStar Davao, DepEd Assistant Regional Director Evelyn Fetalvero ordered high-ranking education officials, school heads, and teachers to establish a mechanism that will "strategically and randomly monitor" the attendance of their students to ensure that they are within their homes during class hours.

Atillo admitted that checking the attendance of students under modular and radio and TV-based instruction is hard to monitor, unlike those who are attending online classes.

With this, Atillo also urged parents and guardians to help them in monitoring their children.

"Nevertheless, we acknowledge the call of the mayor. That is why, before this call from Mayor Duterte was made public, the Regional Director has already issued her memorandum to all DepEd officials, and teachers to come up with a mechanism," he told SunStar Davao in a phone interview.