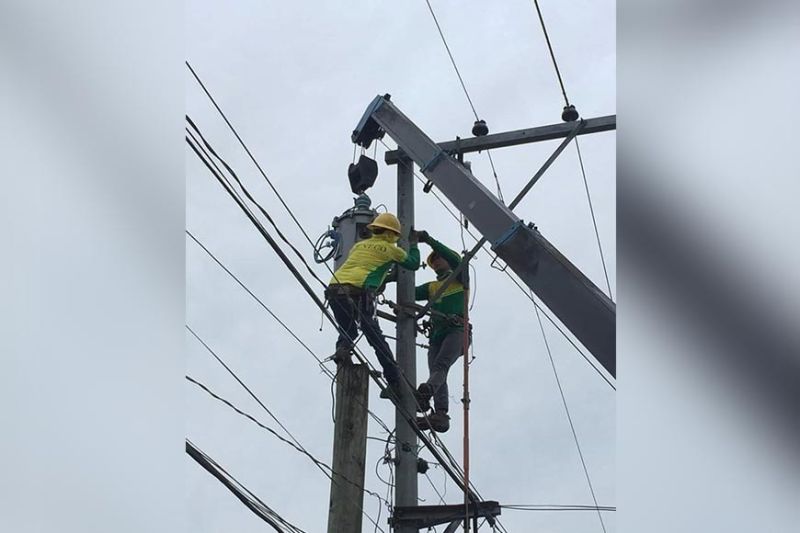 BACOLOD. Electric consumers of Ceneco and other power distribution utilities in Negros Occidental may incur higher bills this month as they announced an increase in their residential rates. (Contributed Photo)

ELECTRIC consumers in Negros Occidental may incur higher bills this month as distribution utilities announced an increase in their respective power rates.

The Central Negros Electric Cooperative (Ceneco), which caters to the largest number of electric consumers in the province, including cities of Bacolod, Bago, Talisay and Silay, and towns of Murcia and Salvador Benedicto, said its power rate for October is P10.4110 per kilowatt hour (kWh).

The cooperative said the rate hike can be attributed to the increase in generation, transmission, systems loss and other pass-through charges such as lifeline and senior citizens subsidies as well as value-added tax (VAT).

The pass-through charges equivalent to P9.2244 per kWh of the total power rate include the generation and transmission charges, Energy Regulatory Commission (ERC)-approved adjustments, government subsidies and taxes.

Only P1.1866 per kWh of the power rate goes to Ceneco through Distribution, Supply, Metering (DSM) Charges and Reinvestment Fund for Sustainable CAPEX (RFSC) for its administrative and operational services, it added.

The power distribution utilities, in an advisory, further said that its DSM and RFSC rates have not increased since 2010.

In monitoring the monthly electricity usage, consumers are advised to look at their kilowatt-hour consumption and not the amount.

"The amount may vary depending on the pass-through charges," it said, reminding its consumers to conserve energy to avoid paying high electricity bills.

For Negros Occidental Electric Cooperative (Noceco), its power rate for this month is P9.4417 per kWh.

Noceco caters to consumers in the south, from Binalbagan to Hinoba-an.

Its general manager Jonas Discaya, in an advisory, said the main driver of the higher electricity rates this month is the P1.1409 per kWh increase in the generation charge.

Discaya said there's also an increase of P2.3344 per kWh in price of power from Wholesale Electricity Spot Market (Wesm) and P0.0102 per kWh in the Power Supply Agreement (PSA) with Kepco Salcon Power Corp. (KSPC).

The current average price of Wesm is P4.5209 per kWh compared to its previous month cost of P2.1865 per kWh.

"Other factors that contributed to the overall increase in rate are higher systems loss charge, subsidy rates and VAT in generation rate," he added.

It said Noceco's distribution, supply and metering charges remain unchanged despite the increase in the overall electricity rate for this month.

Member-consumers are advised to conserve energy and to be aware of their energy consumption to avoid paying high electricity bills, it added.

For the remaining parts of the province, from E.B. Magalona to San Carlos City, the Northern Negros Electric Cooperative (Noneco) has yet to announce its power rate for this month.

The utility, however, said they are looking at a higher power rate mainly due to higher WESM price.