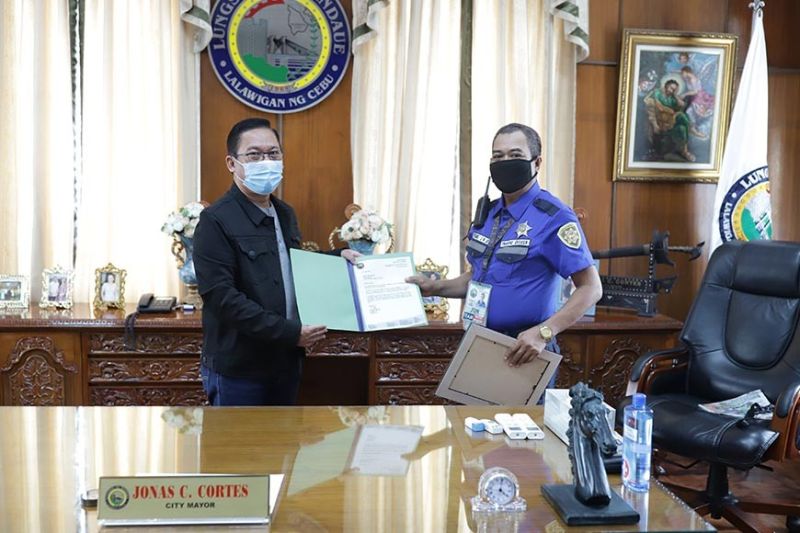 HONESTY PAYS OFF. Mandaue City Mayor Jonas Cortes (left) gives traffic enforcer Jose Feraniel a certificate of recognition for his deed of returning around 14 cash checks worth P1.1 million that he found while manning traffic in Barangay Maguikay. (Contributed)

Cortes met with traffic enforcer Jose Feraniel Jr. at his office on Monday, Oct. 26, 2020, and gave him a certificate of recognition for his deed.

Feraniel was manning traffic in Barangay Maguikay on Thursday, Oct. 22, when he found 14 cash checks on the ground.

After knowing of their value, Feraniel immediately turned over the checks to his supervisors, who called the owner after verifying them.

Feraniel told SunStar Cebu that he didn’t expect that the mayor himself would recognize his deed.

Feraniel said since he has been working as a traffic enforcer for 13 years, it was the first time that the city recognized him.

Feraniel’s field supervisor, Rolando Templado Jr., said that he is also happy of his subordinate’s deeds.

He said that Feraniel’s deed will serve as a good example to his colleagues to be honest and truthful whether at home or at work. (KFD)