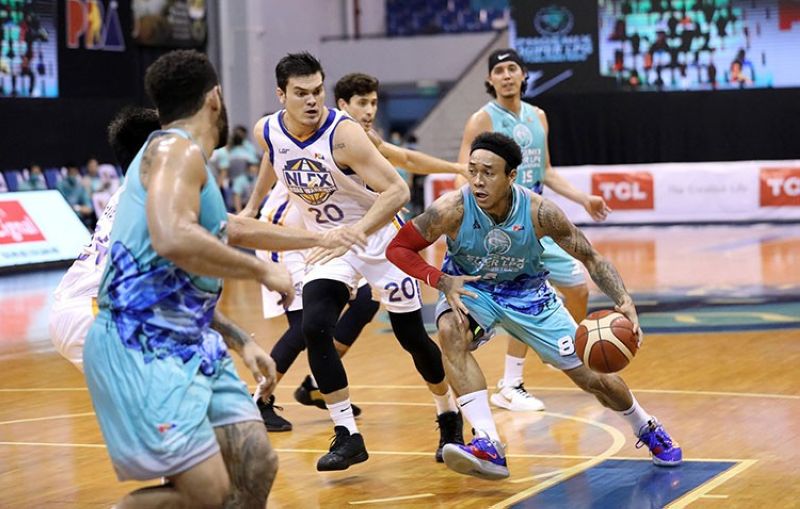 Calvin Abueva said that he was thinking of his family, especially his ailing grandmother, during his comeback game in the PBA Philippine Cup. (PBA photo)

Amidst all the hoopla of his much-anticipated comeback from a 512-day suspension, Phoenix Super LPG star Calvin Abueva could not help but think of his family, especially his biggest fan, his grandmother Lola Siony.

Not long after leading the Fuel Masters to a 114-110 win over the NLEX Road Warriors in his first game since the PBA lifted his suspension, Abueva said he dedicated the performance and the victory to his grandmother who is currently recovering after suffering a heart attack.

“I gave my all for her because she loves basketball, she loves watching me play and that’s my number one fan,” said the man known as “The Beast” who put forth an awe-inspiring performance of 21 points, 13 rebounds and seven assists.

“Ever since I started playing, she has always supported me. No matter where I went, she was always there with me. So I’m dedicating this game to her,” added Abueva during the post-game presser where he was flanked by Phoenix head coach Topex Robinson.

Robinson shared that he is aware of the public’s expectations of Abueva given his ward’s skill, talent and ferociousness on the floor. However, Robinson said that he is trying to temper all of those and just focus on giving Abueva all the support he needs.

“Actually coming into the game, we really tried to quiet our expectations of Calvin. Everybody was expecting that he’s going to be all-out and loose. But at the end of the day, what’s important is that we give big support,” Robinson said. (JNP)