Duterte orders probe on corruption in all agencies 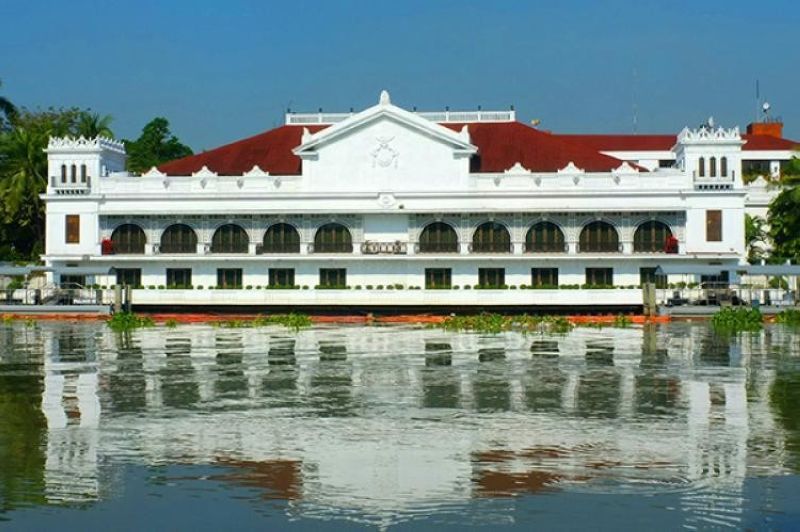 PRESIDENT Rodrigo Duterte expanded the scope of responsibility of the inter-agency task force against corruption led by Justice Secretary Menardo Guevarra as he ordered them to investigate all government agencies for alleged anomalies.

He said the suspension of erring officials may be expected soon.

“Ang focus ko ngayon the Office of the President itself will be against corruption so in the coming days, expect suspension,” Duterte said in a recorded public address aired on Tuesday morning, October 27, 2020.

Duterte said it will be the call of the task force to decide which allegation will be probed and who will be prosecuted based on the gravity and impact on the delivery of services to the public.

The investigations will continue until the end of Duterte’s term on June 30, 2020, unless the otherwise ordered by the President.

Duterte mentioned the need to investigate the corruption in the Department of Public Works and Highways (DPWH). He said, however, that he has nothing against its secretary Mark Villar because of his accomplishments.

“But you know accomplishments alone to me should not suffice para na sa akin, hindi na kay Secretary Villar, because it’s not his job to be running after crooks,” he said.

“But it behooves upon me to see to it na itong corruption mahinto or at least maputol nang konti (to stop or minimize corruption). I will order your suspension. I need not go to court. Huwag ninyo akong lokohin (Don’t fool me),” he added.

Earlier, Villar created an internal anti-corruption unit to look into validated corruption reports involving some of the department’s officials and personnel.

Duterte created the task force led by the Department of Justice (DOJ) in August for the conduct of an investigation into corruption allegations in the Philippine Health Insurance Corporation (PhilHealth), particularly on the implementation of the interim reimbursement mechanism.

The task force, through the National Bureau of Investigation, has filed malversation and graft charges against former Philhealth president Ricardo Morales and several other high-ranking officials of the agency over the alleged irregularities.

Duterte said over 40 senior officials of Philhealth opted to resign from their posts amid the conduct of investigation in the agency. The President said their resignation will not save them from any liabilities.

“Let me remind everybody in this government. Your resignation will not save your neck. You are not allowed to resign to escape liability,” he said.

Meanwhile, the President again vouched for Health Secretary Francisco Duque III who is also being linked to the irregularities in Philhealth.

Duque serves as the chairman of the board of PhilHealth. He has also been linked to the alleged anomalous procurement of overpriced coronavirus disease 2019 (Covid-19) testing tools.

“Mind you, Secretary Duque was not a part of PhilHealth. As a matter of fact, he was not even reporting. That’s why ‘yung Kongreso sabi niya i-suspend or oust si Duque (Congress said Duque should be ousted or suspended), I said, for what?” Duterte said.

"What ground would I base my decision (on)? Would I just obey the cry of one million as against my assessment na si Duque walang nanakaw kung pera ang pag-uusapan (that Duque has not stolen government funds)?” he added.

Earlier, Anakalusugan party-list Representative Mike Defensor said the House committee on public accounts has recommended the filing of charges against Duque along with other PhilHealth officials. (SunStar Philippines)