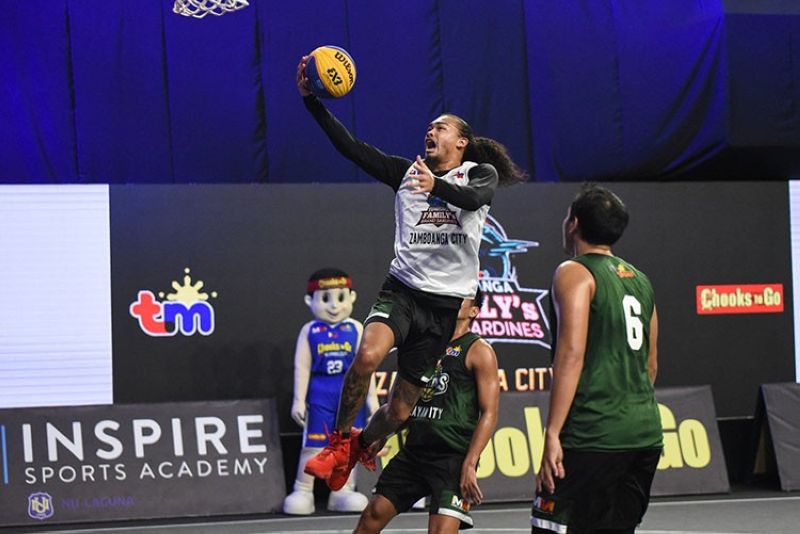 Family’s Brand Sardines-Zamboanga City turned to Joshua Munzon to bail them out of trouble and the Filipino-American baller delivered, scoring crucial points in overtime to lift them past Palayan City, 19-17, in the 2020 Chooks-to-Go Pilipinas 3x3 President’s Cup powered by TM, on Tuesday, October 27, at the INSPIRE Sports Academy in Laguna.

Pushed to the limit by the hard-fighting Palayan side, Munzon drained a free-throw to give Zamboanga City the advantage. After a Bobby Balucanag turnover, Munzon drove hard to the rack for the game-winner in the Pool D match.

“It's having some slow starts but it's not how you start, it’s how you finish,” said the top-ranked 3x3 player in the country, who had eight points in the contest.

Zamboanga was on the verge of being upset as they trailed, 9-16, with just three minutes to go. However, Troy Rike, Cebuano Santi Santillan, and Munzon knocked down three straight deuces to slice the lead down to just one.

Down 16-17 with 13.6 ticks left, Santillan powered his way to the paint for a sweeping hook to send the game into overtime.

“We are going through what every team goes, the highs and the lows. Just got to go through it,” said Munzon as they are coming off an 18-21 loss to Pasig-Sta. Lucia in the third leg of this tournament.

Rike had five points as Santillan and Alvin Pasaol were limited to just three points, respectively.

Earlier, Sarangani was able to exact vengeance on foil Bacolod-Masters Sardines to open Pool A action, taking a dominant 21-13 win.

Marvin Hayes fired eight points in the contest, all from downtown.

Eight more elimination round games, the knockout playoffs, and the TM side events are still taking place as of this writing. (JNP)