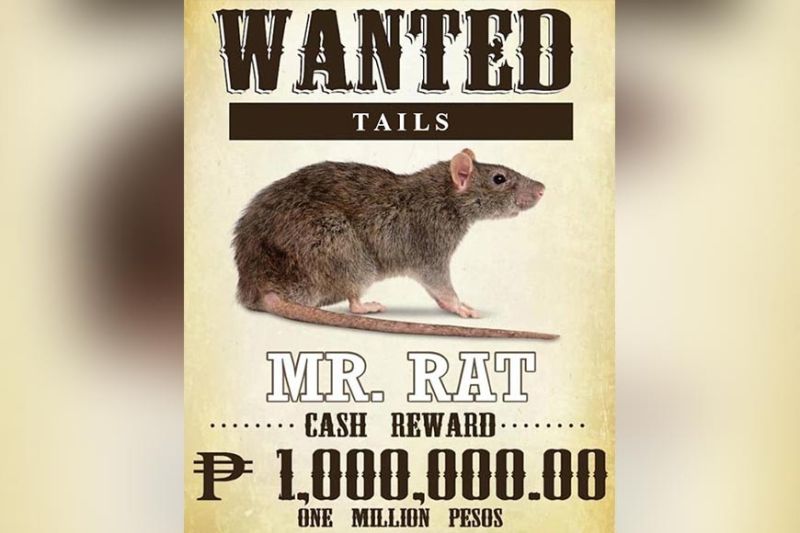 ONLY a week since the launching of the "cash for rats" program, farmers and residents of San Luis town have already surrendered nearly 15,000 tails of rodents to the local government.

As of October 26, the Municipal Agriculture Office reported that a total of 14,943 rat tails were brought to the town hall as proof of death of the crop-destroying rodents.

The number of surrendered rat tails is equivalent to P74,715, the cash reward given to those who brought in the proof.

The local government on October 19 launched the program in a bid to stop the infestation of rats on hectares of farmlands in the town.

A total of P1 million cash reward was allocated by the local government for the program, in which each rat's tail is paid P5.

A huge chunk of the surrendered rat tails, or about 11,308 pieces, came from 18 residents from Barangay San Isidro alone.

Some 627 tails were also presented by residents of Barangay San Juan, while residents of San Nicolas and San Roque brought in 572 and 62 tails each.

The local government aims to annihilate 200,000 rats by the end of December, which is foreseen to save some P75 million worth of palay.