Low turnout for first day of immunization vs measles 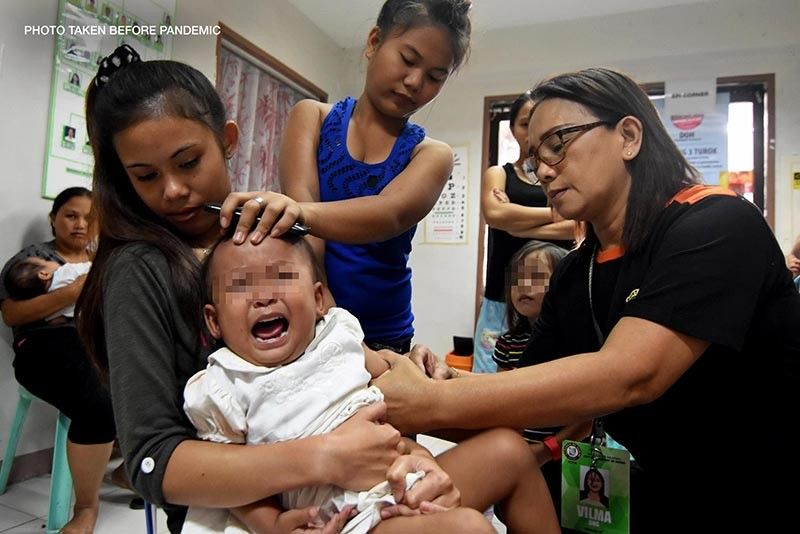 AMID the continuing threat of Covid-19, the Davao City Health Office (CHO) appealed to all parents to have their children vaccinated against measles rubella, as only 8.55 percent of the children were immunized during the first day of the Department of Health's (DOH) regionwide measles immunization activity.

DOH launched on Monday, October 26, the Measles-Rubella Supplemental Immunization Activity (MR-SIA), where all health offices in the entire region will be simultaneously rolling out free measles-rubella vaccines to children ages nine to 59 months old.

The MR-SIA will be a one-month immunization health campaign until November 25.

However, only 8.55 percent or 13,434 children out of the 157,178 targeted children availed themselves of the free immunization.

CHO Technical Division head Dr. Julinda Acosta said in a virtual presser on Tuesday, October 27, the activity aims to prevent the transmission of the deadly virus in the country.

But Acosta admitted that the number of turnout on the first day of the citywide immunization activity this year had been gravely affected by the continuing threat of the Covid-19.

According to Acosta, District 3, the city's far-flung area, has the most immunization turnout as these areas have the least recorded Covid-19 cases.

The health official said parents were also hesitant to go out, since unlike in the previous Sabayang Patak Kontra Polio immunization, when it was done through house-to-house, the measles vaccine drive was done in a designated area such as health centers, barangay gymnasium, and other open spaces.

She said the change of venue strategy was done as the vaccine will be injected, unlike in the polio vaccine, which is taken orally.

Acosta, however, assured that health protocols were placed to ensure that the immunization drive will not result in coronavirus transmission.

Acosta also admitted that not all parents were fully aware of the vaccine rollout.

Meanwhile, CHO recorded lower measles cases in the city and it was attributed to the hard lockdown imposed due to the Covid-19 pandemic.

Acosta said that from January to September 28 this year, only 133 cases and two deaths were recorded. This is a huge difference from the 835 cases and 13 deaths in the entire 2019.

She attributed the strict quarantine measure, which prohibits children from going out, as the significant contributor to the low measles transmission.

But she said there is still no room for complacency as they feared an outbreak if they will not reach the 95 percent immunization target, which is considered as an "immunity herd."

"Ang worry namo is that kung ma-OK na sa Covid-19 tas manggawas na ang mga bata nga wala pa na-immunized, naa possibility na mukalat ang measles (However, we are worried that once the Covid-19 pandemic will be over and that children will already be allowed to go out, there's a huge risk of a measles transmission)," Acosta said.

According to the World Health Organization (WHO), measles is a highly contagious viral disease. It remains the top cause of death among young children globally, despite the availability of a safe and effective vaccine.

It is transmitted via droplets from the nose, mouth, or throat of infected persons. Initial symptoms, which usually appear 10 to 12 days after infection, include high fever, a runny nose, bloodshot eyes, and tiny white spots on the inside of the mouth. Several days later, a rash develops, starting on the face and upper neck and gradually spreading downwards.