Folayang shrugs off call to retire 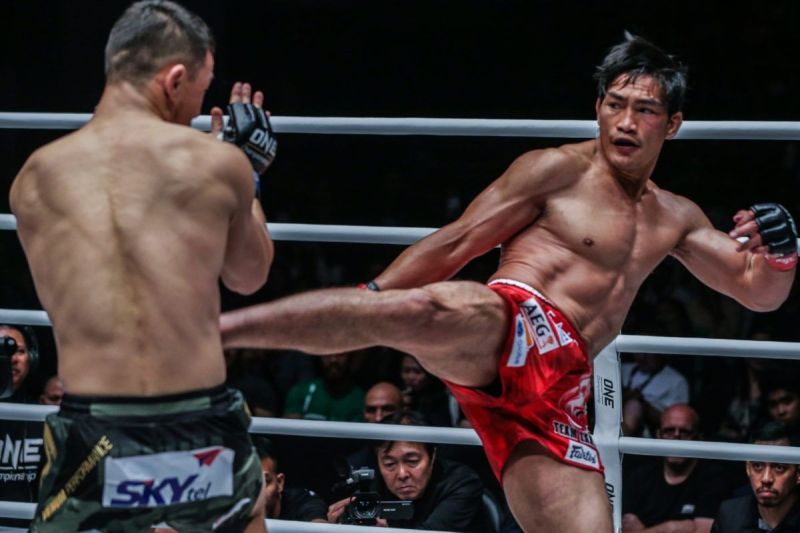 IMPORTANT BOUT. Eduard Folayang is pressured to win against Australian Antonio Caruso in the main card of ONE: Inside the Matrix that will also feature four world title bouts with several fans and scribes asking him to retire after. (ONE photo)

WHILE most Manila-based sportswriters believe Eduard Folayang should retire, the former two-time One Championship lightweight world titlist believes he can still pull off a win against a tough opponent.

Folayang returns to action October 30 at the Singapore Stadium where he is 6-1, including the pivotal win against MMA legend Shinya Aoki to capture the world lightweight crown in 2016.

The Baguio based Team Lakay fighter will take on Australian Antonio Caruso in the main card of ONE: Inside the Matrix, that will also feature four world title bouts.

At 36, sports scribes, fans and experts believe that Folayang should consider hanging up his gloves and riding off into the sunset.

But Folayang, despite his age, is optimistic he has still a lot left when he enters the cage later this week.

“We have a saying in the Philippines that ‘only Carabaos get old.’ So you know, I think, it’s just like a fish swimming in water. If you take out the fish, it will die. I’m already in this sport and I’m enjoying it. I think this is one of the things that I experienced, being in the sport of MMA, putting in a lot of effort even in this age. I believe I’m still fresh,” said Folayang in an earlier online press briefer.

It’s been a tough stretch for the former world champion, losing three out of four since 2019.

Folayang lost the belt to his old foe, Aoki, in March 2019 and then lost to American megastar Eddie Alvarez five months later.

The Team Lakay stalwart Folayang then bounced back with a victory against Mongolian Amarsanaa Tsogookhuu to close out the year.

But he would later suffer a close split-decision loss to Pieter Buist in January.

Team Lakay head coach Mark Sangiao believes this is a very important fight for Folayang, and one he is determined to win in order to break the Top 5 in his division.

“For us at Team Lakay, every fight, no matter how minor or major it is, it’s very important. This fight in particular is very significant for Eduard, as the result will dictate if he can get back in the list of top lightweight contenders,” said Sangiao.

“During the lockdowns here in Baguio City, we all trained in our respective homes. We only just returned to the gym two months ago, strictly adhering to Covid protocols. It was great for our athletes because they could spar with each other. Right now, we’re working double time, focusing on our game plans and strategies, especially for Eduard,” he added.

In Caruso, Folayang faces a multiple-time Brazilian Jiu Jitsu champion, who has trained under the legendary Henri Hooft with a handful of top tier ONE athletes including ONE World Champions Aung La N Sang and Martin Nguyen.

A resounding victory over Caruso is necessary, and Sangiao says they’ve already crafted the right game plan to produce a solid win.

“We’ve studied Antonio Caruso’s previous fights and we’ve already come up with a good game plan, which will hopefully work in our favor,” said Sangiao.

For Sangiao, the most important thing is where Folayang’s heart is. If Folayang is still dedicated to reaching his dreams and accomplishing his goals, if his heart is still in it, Sangiao believes “Landslide” can still do some damage in the division.

“I think the end is there for every fighter. No one can fight forever. It’s about listening to your body, and paying attention to your mindset. This fight will answer a lot of questions about Eduard, win or lose. But honestly, we’ve never even discussed his retirement. He still wants to achieve a lot of things in this sport,” he added.