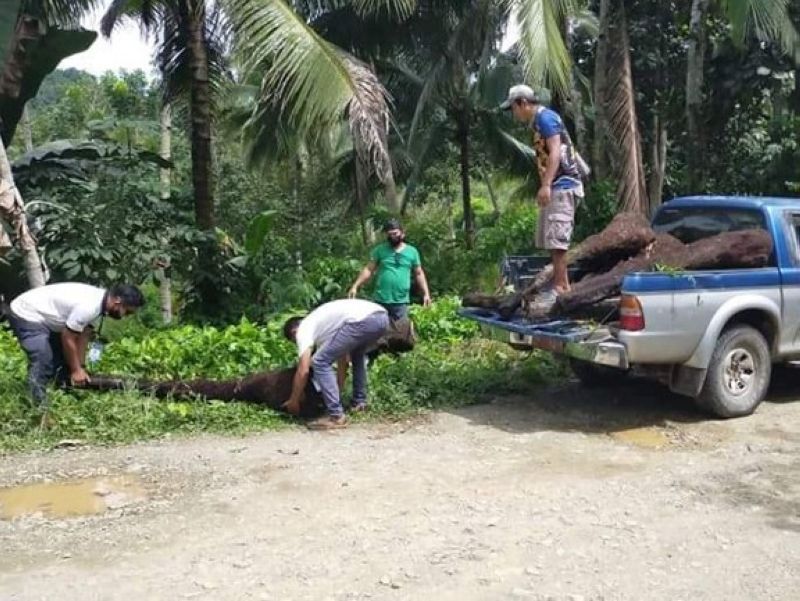 ZAMBOANGA. The Department of Environment and Natural Resources confiscates 11 pieces of black ferns that were illegally cut in Buug, Zamboanga Sibugay. A photo handout shows DENR personnel load the ferns into a vehicle for safe keeping. (SunStar Zamboanga)

PERSONNEL of the Department of Environment and Natural Resources (DENR) have confiscated 11 pieces of Black Ferns, the cutting of which is prohibited under the law.

Tan said a team from the Community Environment and Natural Resources Office (Cenro) from Imelda, Zamboanga Sibugay were on patrol when they chanced upon the illegally cut forest products abandoned along the roadside.

Tan said the forest products, which have an estimated value of P3,850, were deposited in Cenro Imelda's depository shed for safekeeping and further investigation.

He said the confiscation was made since the cutting of Black Ferns is prohibited under Presidential Decree 705, as amended by Executive Order 277 or The Revised Forestry Code of the Philippines. (SunStar Zamboanga)