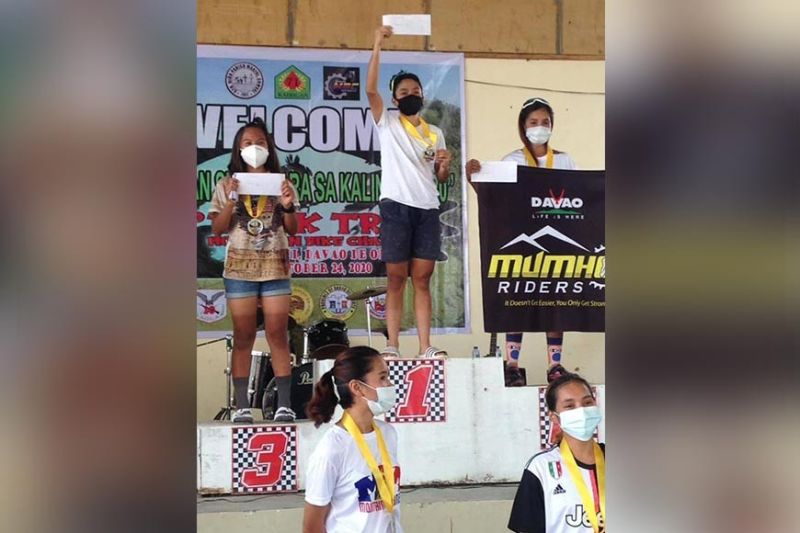 The 22-year-old Dabawenya, who hails from Juan Luna Extension, said she's glad to be home safe after the tough race.

"Medyo na-excite ko kay dugay-dugay napud wala nakadula tungod sa pandemic, nakulangan pa (I really got excited to compete again since it's been awhile I haven't raced due to the pandemic, it seems I still haven't gotten enough of it)," she told SunStar Davao in a Facebook interview.

She, however, said the course was really challenging and it really wore her out.

She said, "nalaspag pud ko kay grabe kalayo ug taas nga subida sa bukid (I was worn out since it was a long and steep ride on the mountain)."

Acedo also won championships in two Mabini tournaments and one Monte Vista competition in the past months.

On her Facebook, she thanked God for protecting her throughout the course and her parents for their support.

"Congratulations to all cyclists," she added.

She is looking forward to seeing more action in other tournaments set before the year ends.

Acedo comes from a family of cyclists. She has collected several titles over the years and could be a strong contender for any Mindanao or national competition.