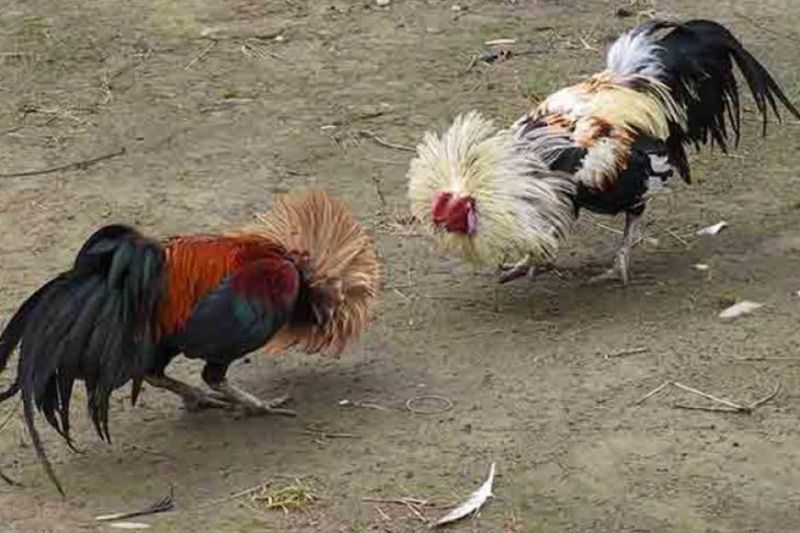 THE Cebu City Gamefowl Commission has recommended the gradual resumption of cockfighting in licensed arenas at a limited capacity.

The commission, which is headed by Cebu City Councilor Raymond Garcia, proposed health safety guidelines for cockfighting activities in a resolution adopted on Wednesday, Oct. 28, 2020.

Among others, the commission recommended that operations be allowed only up to 10 p.m. every day and the number of spectators inside a licensed arena at one time be limited to 50 percent of the venue’s capacity.

All must wear face masks and face shields, and observe physical distancing. Everybody will have to sign up.

Only three people will be allowed inside the cockpit, where the gamecocks fight to the death.

Temperature checks will be conducted at the entrance to the arena. Those with symptoms of coronavirus disease 2019 (Covid-19) will not be allowed entry.

The management will be required to provide rubbing alcohol, or soap and water as well as foot bath with disinfectant at the entrance. Even the tires of vehicles would have to be disinfected.

Signs and posters on how to prevent Covid-19 must be put up around the cockfighting arena.

There will be no shouting of bets. Instead, transactions will be cashless or through coupons.

The gamecocks will no longer be paired and compared. Instead, bets will be made solely on a cock’s weight.

No livestreaming devices shall be allowed inside the arena as live broadcasting or telecasting of a fight is prohibited. Online or remote betting is also not allowed.

Nonoy Chiongbian, owner of the Grand Tejero Arena, said he was willing to comply with the guidelines.

The Grand Tejero Arena, considered the most popular in the city, employs 30 people aside from the over 100 bet takers called “kristo” or “masyador” and vendors.

Other licensed cockfighting arenas in Cebu City are located in Pulangbato, Inayawan and Duljo Fatima.

The gamefowl commission was tasked by Labella to craft the guidelines and conduct consultations after the Inter-Agency Task Force (IATF) for the Management of Emerging Infectious Diseases allowed the resumption of cockfighting in areas under modified general community quarantine (MGCQ).

Cebu City has been under MGCQ since September 2020. (PAC)